From the Mailbag
New & Right Now!

So, here's the deal. I can't begin to listen to, digest or publish everything we receive. About once or twice a month in 2012, I open new mail and so long as the stuff is potentially of interest to our music-crazed audiences, we'll publish it. This week, we introduce new music I received in person on summer tour. I think you'll find this is one hell of a live release from two greats - and that David Immergluck, of Counting Crows, is probably one of the most skilled strings players going. He sent me an email last week. I agree with him, you should check this record out...

IMMY WRITES: "Here’s a photo of us mid flight at Rockwood Music Hall, NYC (where James Maddock is a flagship mainstay, as well as a good chunk of the eastern seaboard). When I first saw him perform, I recognized a kindred spirit and superior singer songwriter...I KNEW I had to play with him!" 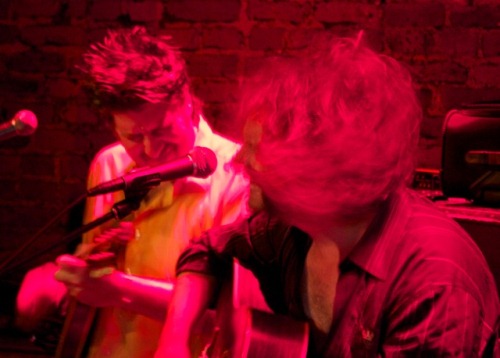 IMMY WRITES: "James Maddock had a band called Wood on Columbia Records ten years ago (Springsteen was a huge fan)...I met James (a British transplant, from Leicester) in NYC about 4 years ago and we immediately started playing/carousing together as often as time allowed. I played on his last solo record (the excellent “Wake Up And Dream”), but I loved what we were doing so much as a live duo I eventually felt the need to document it, hence the live Jimmy/Immy CD..."

EDITOR'S NOTE: This CD was recorded on a day off between Counting Crows shows! 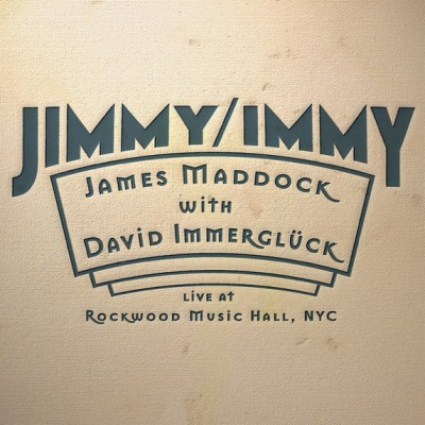 Wake Up and Dream
OUR VERDICT - This is a really good album. I'm not especially familiar with James Maddock so this is a great way for me to enter his world. I suspect that for many of his fans, this record is the chance to get into David's music and maybe, consequently, the Crows. The record is full of richness of the live performance of two seasoned performers. A lot of ground gets covered here. (There are a couple of knowing storytellers, a could of heartbreakers and some love songs. All are really quite good!) These two toured a bit in the year prior and that time together clearly shows here. This is something I've had on in the background all week long and it never gets old. Highly Recommended! - Ryan Spaulding
JIMMY/IMMY
($9.99 itunes)
James Maddock
David Immergluck
Counting Crows

MrPapa said…
Just saw James Maddock and his band live at the Rockwood for two shows this past weekend and it was an EPIC event enhanced by the presence of Mr. Immergluck on mandolin both nights. He is indeed a talented multi-instrumentalist. Maddock is great solo - fronting a big band - and as part of a duo as on this CD. I own it and love it. Thanks for spreading the word. - Mark P - NJ
11.9.12