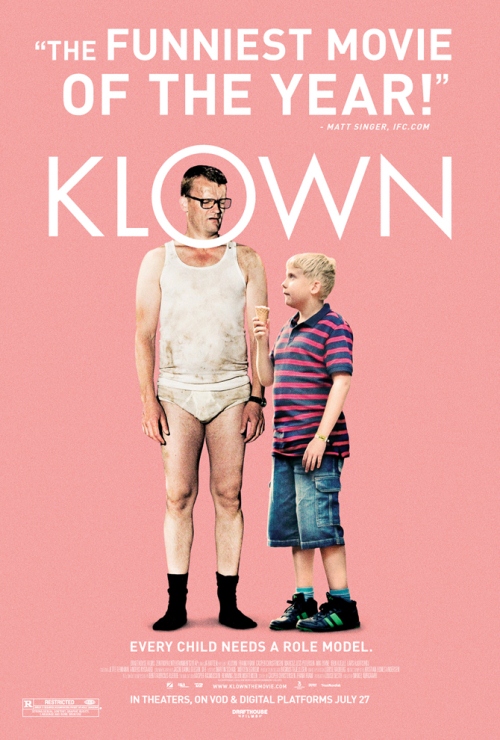 Before the screening of KLOWN, Drafthouse Films founder Tim League said “This is a movie about family values.” Everything I had heard about the film, based on the popular Danish television show of the same name, is that it was raunchy and irreverent, but Mr. League planted a seed in my mind, and as I watched I concluded that he was indeed correct. 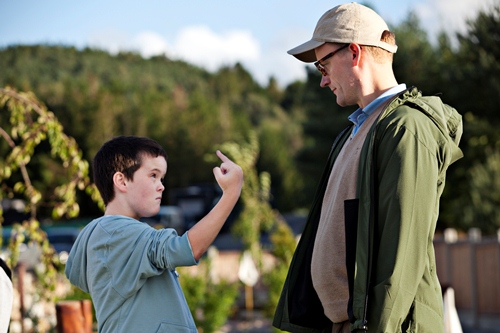 Frank (Frank Hvam) doesn’t care for children. Frank’s girlfriend gets pregnant and doesn’t see him as a father. Frank kidnaps her 12 year-old nephew Bo (Marcuz Jess Petersen) to take on a debaucherous canoeing trip with his friend Casper (Casper Christensen) to prove he is, in fact, the paternal type. Seems simple enough, right? 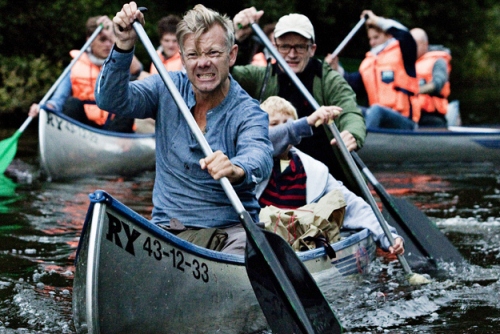 The hilarity of the film springs from the shock and awe of the NSFW interactions between Casper and Frank and the colorful cast of characters they encounter as they paddle downstream with Bo toward their ultimate destination, which is the one-night-only world’s greatest brothel.

The heart of the film, however, is firmly entrenched in Frank and his developing fondness for the boy. He sticks up for him when he’s bullied, teaches him to swim and in the end, makes a selfless sacrifice to win the boy’s trust and affection. 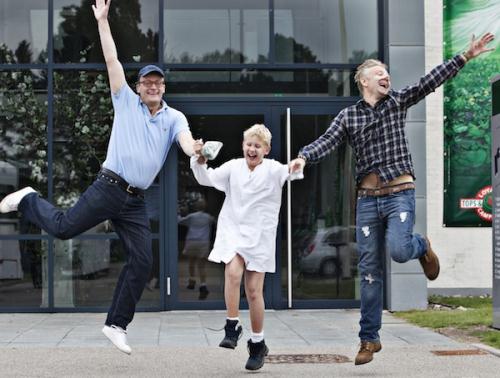 I would go into more detail, but it would ruin the element of surprise, and half the fun is derived from the unexpectedness of some of the scenes. That being said, unlike most other films in the shock comedy genre, I watched the film a second time, and it was still just as enjoyable.
At its heart, KLOWN is about a man trying to prove he is worthy of fatherhood, and though his methods are dubious at best, his intentions are sincere.
The message of family values comes through, not in spite of the dick and fart jokes, but riding on the wave of those jokes. Don’t be scared off by the subtitles or the fact that you might not be familiar with the characters that have been well-established to the Danish television audience. The film is completely accessible to the typical American viewer and stands on its own merit.