RSL offers 3 Animals in One 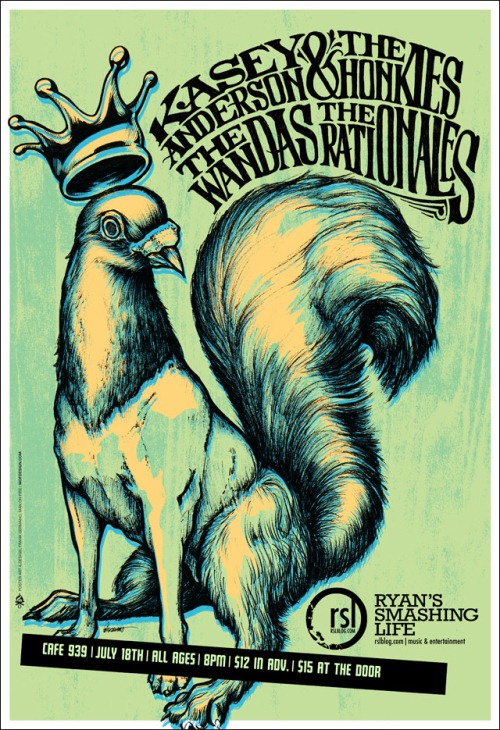 original design by Frank Germano of Man on Fire design.

* RSVP
A Night of Music for the Ages!
Weds 7/18/12 at Cafe 939
All Ages - 7:30pm
$12 advance ticket
MUSIC & ART - Springing from the creative mind of music blogger Ryan Spaulding and brought to life on the stage of the Red Room at Cafe 939, this very special evening of music on July 18th offers Boston audiences three huge acts in the Blues / Rock / County category. All three acts dabble across these country lines, making this night one powerfully talented night. To capture the spirit we approached Man on Fire's Frank Germano. We hoped he could come up with a poster that would celebrate the sounds and spirits of KASEY ANDERSON & THE HONKIES, THE WANDAS & THE RATIONALES. We felt, going in, that this could be one of the best live shows of the year. And this is the original art generated for our show. The poster produces a crowned beast: one third pigeon, one third dog, one third squirrel!
Now on tour with Counting Crows
KASEY ANDERSON and THE HONKIES 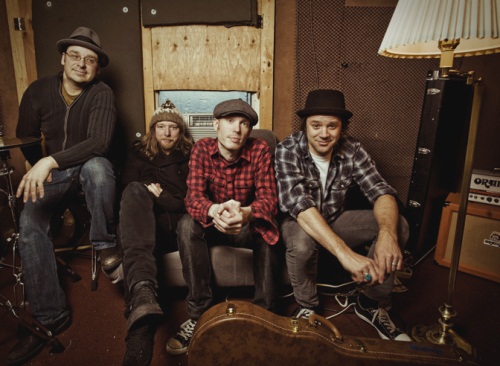 WORLD PREMIERE - BRAND NEW SONG!
Hilary Harris photos
Kasey Anderson returned with a vengence with Heart of A Dog (2011) - even better than on 2010's remarkable Nowhere Nights. The new album knocking over critics is Let the Bloody Moon Rise (2012.) We have the debut single above! Whether he's whooping it up with macho rock n' roll bravado, collapsing into the arms of a lover or challenging the ghosts of country music's past - we find Anderson's songwriting to be top-notch, his delivery, heartbreaking and true.

Already proven himself to be a strong songwriter, this Portland, OR singer-songwriter has been selected to join Adam Duritz and Counting Crows on their Outlaw Roadshow summer tour. That tour will see Anderson swing close enough to Boston for us to swoop in and grab these heartbreakers for the night. You'll want to see this!
KASEY ANDERSON
Albums / Web / My / Fb / Tw 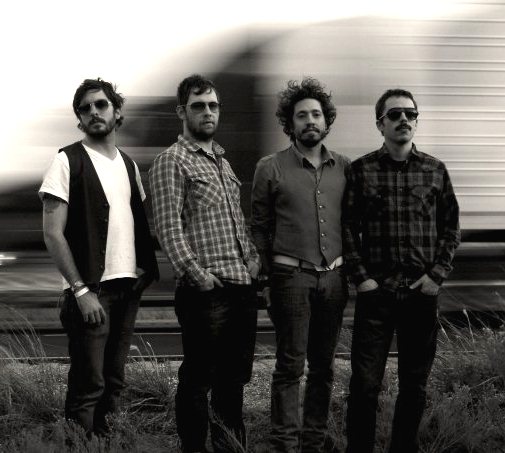 I'll be honest with you. I have good-drinking buddies in The Wandas. But so do you. This is probably one of the most underrated and talented alt-country rock bands in the country. I've seen them play in three states. They sound good wherever they play and while they're from Boston - they have a habit of making any live venue home turf. With the release of their eponymous album - their material more accurately reflects their live jams... Well thought out song cycles that spin, wildly out of control with the help of fans. Deer Tick, Hacienda, Delta Spirit, Child Bite and Heartless Bastards are just a few of the live bands I've seen carry small audiences like these guys do. It's a treat to be able to work with friends who are truly talented!
footage was captured and edited by Stephen LoVerme of Treebeard Media 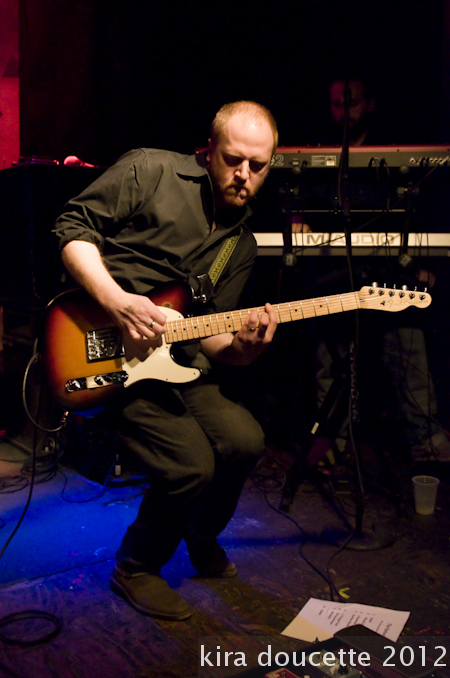 So one of the best songwriters in Boston, David Mirabella's The Rationales have become one of the city's best live offerings. On the new one; The Distance In Between, the alt-country and Americana influences for these audio aficionados shines through. But it's in the live shows where you see the awesome guitar, bass and drums reinforce the rock trapped inside those songs. The Rationales are one fun live act - proven with their victory on Night One of this year's Boston Rock 'n Roll Rumble. 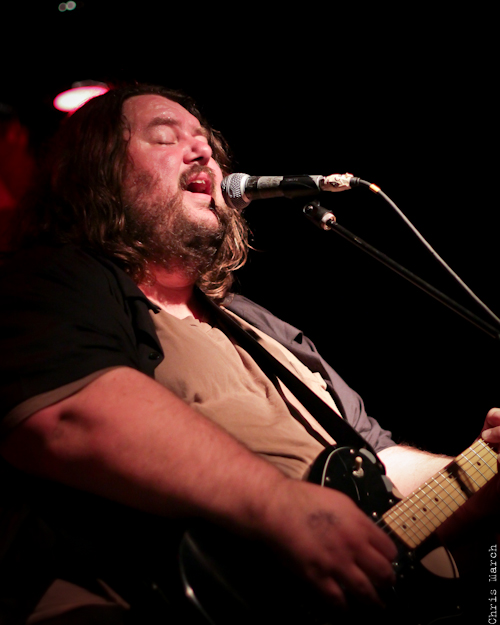 Everybody should know which bands in their community are putting on the best live shows. I'll tell you, in this city - these two acts could be it. Do not arrive late.
The Rationales
Albums / Web / Fb / Tw