One To Watch: EYES ON FILM 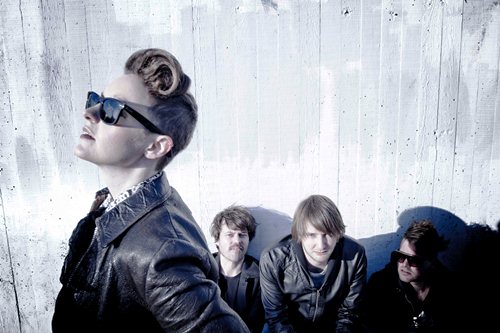 Eyes On Film have somehow managed to carve out their own niche through an endless sea of London-based indie pretenders (the ones with swooping haircuts, pretty guitars and pointy shoes) - maybe you've seen them?

There are some wicked moments of dirty, sex-infused, Primal Scream-styled distortion that gives the band an immediacy and puts them right up there with the likes of The Officers and Invaders. Bands like this are leading the charge for a new breed of UK-based, electronically-tinged, emotive, indie-bothering, rock sound. 'Charge Me Up' showcases the band's more sensitive and accessible side; big synths drive the soft track forward in a way that Ed Sheeran or Newton Faulkner wish they could mix things up.
Meanwhile, the massive 'Rage #7' recalls The Cooper Temple Clause or The Music (both RIP) in their prime, or perhaps the raw honesty and confident swagger of Black Rebel Motorcycle Club. Regardless, this is a big sound for the hardest working of 24 hour party people.

The vocals are particularly interesting; they twist around the senses with hushed moments a'la the Jesus And The Mary Chain that gives the sound a commercial edge, but there's also a much deeper, almost snarling quality that will see them safely score radio play, but also hit the rock festival circuit this, and next summer... and the one after that. With backing from all the major and "hip" blogs and major producers the likes of Jagz Kooner, this lot should be big very, very soon. Mark our words..