Summer Adventures Series
The Sounds You Should Know 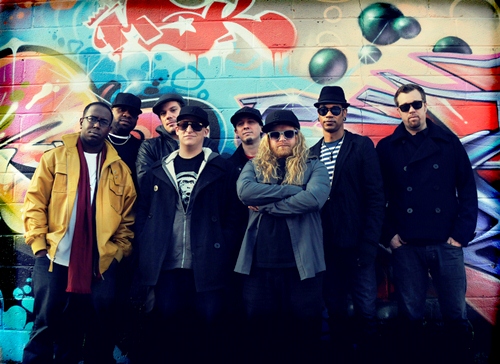 from the new album, Fly
TOTAL FUNK - Celebrating their 20th year as one of the nation's best sources of funk on tap, Lettuce is more potent than ever. Celebrating the release of their new studio jam, Fly, which took off in June, the collective is playing a number of live and festival dates this year. Their sound inspires and grooves causing most who he see them want to dance.

A SHARED HISTORY - Lettuce began in the summer of 1992, when several of its members attended Berklee's Five-Week Summer Performance Program as teenagers. Brought together by the influence of various funk bands, the band jammed throughout that summer before going their separate ways.
WHAT ABOUT THAT NAME? - Two years later, in the fall of 1994, the Lettuce members, who had remained in contact with each other, returned to Berklee as full-fledged undergrads and picked up right where they left off. They were fond of showing up with their instruments at underground jazz clubs like Wally's (usually at other musicians' gigs) and asking, "Will you let us play?"—hence the birth of the name Lettuce. "We never thought that name would stick," says Krasno, "but we just never got around to changing it."

GIVING BACK - In addition to the public concert, Lettuce will present a private clinic in the afternoon for participants in the Berklee 2012 Five-Week Summer Performance Program, the band's way of giving back to the program that brought them together 20 years ago.

DO NOT MISS THIS!
LINEAGE - The group is part of the Royal Family Collective, and while all the players in the band have other main gigs (Krasno and Evans are members of the band Soulive, Deitch plays with guitarist John Scofield, and Smirnoff has played on the road with Lady Gaga) Lettuce remains a welcome outlet for each.

As Krasno says "It's all about good friends getting together to play the kind of music that made us all want to become musicians in the first place."