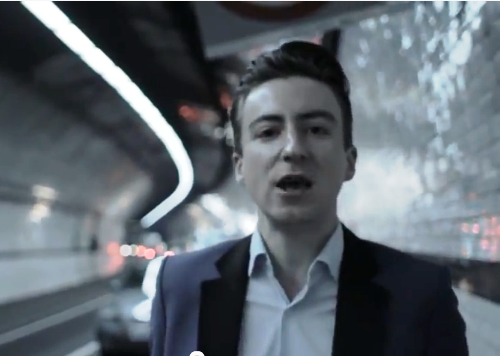 I think you can probably put me in the camp of folks that think Lana Del Ray's image outweighs her vocal abilities. But that doesn't mean to say that she still doesn't offer us some strong material. Clearly, she has already influenced popular music and her peers and made a good amount of money doing it. Several cover versions of "Blue Jeans" have been recorded and this one by the talented Eugene McGuinness, guilty himself of the same image-heavy videos, is probably the best.
The video of Eugene McGuinness's tunnel-crossing is directed by Tim Kelly. If you like McGuinness' voice be sure to check out his forthcoming album, 'The Invitation To The Voyage' is out 6th August on Domino Records.