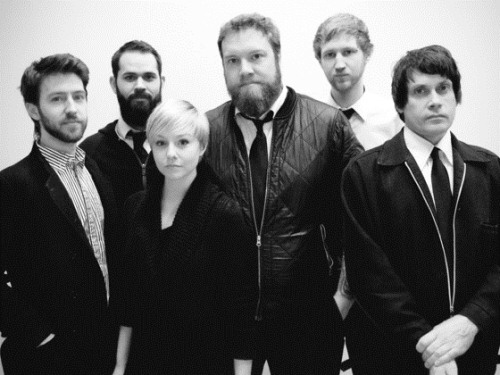 NEW RELEASE TODAY - I stumbled across the new Communist Daughter EP, Lions & Lambs, (Grain Belt Records) while sifting through the RSL inbox, and with no prior knowledge of the band, I decided to listen. What followed was a breathtaking 20 minutes of masterful songwriting. For the next three days, it’s pretty much all I listened to, earbuds in, on repeat. I struggled to put into words the way this collection of six songs moved me.
Thematically, the songs follow a man in a transitional period. This would seem to coincide with the personal struggles of singer Johnny Solomon and his subsequent attempt to clean up his life. From the opening lines of “Ghosts”, there is present in Solomon’s voice a sense of melancholy and regret, anchored by a confident delivery, echoed by the haunting harmony vocals of Molly Moore.

“Let me know when they get to Heaven. I’ll let go when God let’s me forget them.”

I believe the best writing is not emotional, but comes from the reflection on past emotions. The lyrics throughout focus on mistakes made and an attempt to escape, even when it feels like one can do nothing more than tread water.

and from “Speed of Sound”
“Man, I hate this town, so I’m looking for the only way out. And the life I wanted years ago is maybe not the life I should’ve found."

Musically, the band weaves together a symphony, at times lilting and ethereal (“City Love”) and then also resolute and marching, (“Heart Attack”). The vocals and instrument are layered, but delicately, so nothing is lost on the listener, every note allowed to live individually inside the collective sound.
It’s easy, at certain moments, to point to specific influences in the songs, notably The Shins, Bon Iver and the New Pornographers, but those moments lend to an overall originality, rather than detract from what the band is doing. The EP ends with “Don’t Remember Me”, which might be the standout track, a resolute declaration of the best of intentions. “I’m not the man I wish for you, but I know my heart and I know it’s true.”
Communist Daughter is sure to be an active player in the current musical landscape, delivering personal songs with enough emotional breadth to be attractive to a wide audience. Mark this down as a “must have” for 2012.
[Ed's Note: And for just $5 (link below) you might be accused of being foolish if you skip over this one. Go ahead and expose yourself to it. ] 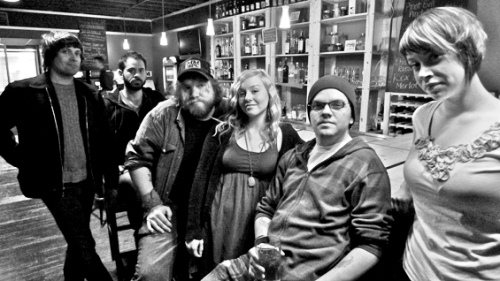 Anonymous said…
i heard Speed of Sound on the am station from the U of M and one afternoon. it changed my life. quit my job, sold our house and moved to minneapolis so I could go to any music I wanted to, any night of the week. my wife and i got to spend a half hour chatting with johnny and molly before a small house show. i highly recommend you partake.
2.5.13