At the Movies
with Max Bowen

There things that go bump in the night.
And Abraham Lincoln is the one that buries an ax in its forehead...

Based on the novel by Seth Grahame-Smith, Abraham Lincoln: Vampire Hunter is directed by Timur Bekmambetov and stars Benjamin Walker as Honest Abe, a character who ironically spends most of the movie lying his ass off to everyone he meets. In the film, the audience gets a look at the heretofore unknown history of our nation’s 16th president. Specifically, the part where he spent most of his life kicking vampire ass.

The story begins when Abe is just a boy living in Indiana, working on a slave plantation, where he attempts to save his best friend, a young African-American boy named William Johnson (Anthony Mackie), from being whipped by the overseer. His father Thomas (Joseph Mawle), a subscriber to the belief that two wrongs do in fact make a right, intervenes and kicks some ass, after which he’s fired from his job and told to pay back the substantial debt he owes to his boss, Jack Barts (Marton Csokas). Dad refuses, and that night, Abe witnesses Lincoln's mother Nancy (Robin McLeavy) being killed by Barts.

Lincoln decides to wait a solid nine years to get his revenge. And given that he waited almost a decade, you’d think his plan would go beyond grabbing a gun and shooting Barts in the face, but I guess Abe’s not the strategic type.
Abraham Lincoln 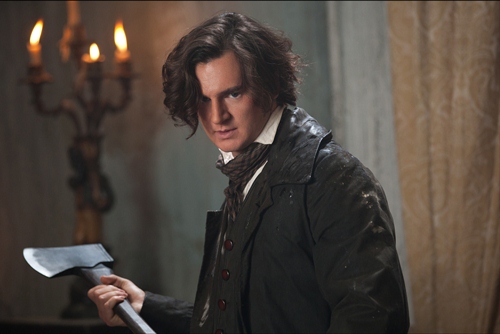 Vampire Hunter
Barts is revealed to be a vampire and kicks the presidential crap out of Abe before he’s saved by an eccentric bloodsucker named Henry Sturgess (Dominic Cooper). Strugress is understandably pissed that Lincoln went about vampire slaying in such a haphazard manner, but decides to train him anyway, because that makes perfect sense. After a Rocky-style montage segment, Lincoln graduates from Vampire Hunter University and sets off to, well, hunt vampires. He’s told that all vampires descend from one named Adam (Rufus Sewell) and that they take advantage of the slave trade to get access to all the blood they need.
That’s….really disturbing, Hollywood.

The movie is told through Lincoln’s diary, wherein he chronicles his many years spent decapitating, torching and otherwise brutalizing the walking dead. The thing about vampires is, they look just like you or I, and aren’t common knowledge, so anyone reading this would think Abe’s an insane mass murderer who creates a delusional fantasy world where he hatchets his victims to death. In fact, he admits his nighttime adventures to his bride-to-be Mary Todd (Mary Elizabeth Winstead), who just laughs and privately wonders where the cops are when this is happening.

This movie’s gotten a lot of flack since it’s been released, and frankly, I can see why. Story-wise, it jumps around all over the place, leaping across whole decades because apparently nothing of value happened then. Aside from Sturgess and Lincoln, the rest of the cast is pretty one-dimensional, and in some cases whole plot points (such as Lincoln becoming Johnson’s lawyer to get him declared a free man) are abandoned, because if it doesn’t involve dicing vampires, Lincoln doesn’t give an emancipated shit. Most of the time, the process of converting the book to the film results in content being lost, and this work is sadly no exception. The special effects were very well done. There’s a ton of CGI that gets used, from the fight scenes to the vampires’ appearance. The battles are all presented in a dark and dreary setting, likely meant to epitomize the creatures that Abe’s at war with. Or maybe it’s because flashlights haven’t been invented.

The fight scenes were the highlight of the film, and help us forget the limited acting and stuttering plotlines. Rather than pack a gun, Lincoln goes with his trademark ax, which he wields with insane skill and speed. While the undead have incredible strength, speed and the ability to become invisible, they’re also presented as surprisingly human in the fact that they can be killed pretty easily (cutting their throats, shooting them, etc.), so long silver is used. We’re given a diverse set of battles, getting better as the film goes on.

I’m not going to tell you that this story is either deep or endearing, because it’s neither. But getting to watch Honest Abe kill the undead over and over? It’s fun as hell, and as long as you remember that, you’ll walk away happy.
Our Rating:
For the Action & Effects - 4 Silver-Dipped Axes!
For the Plot & Adaptation - 2 Fangs... 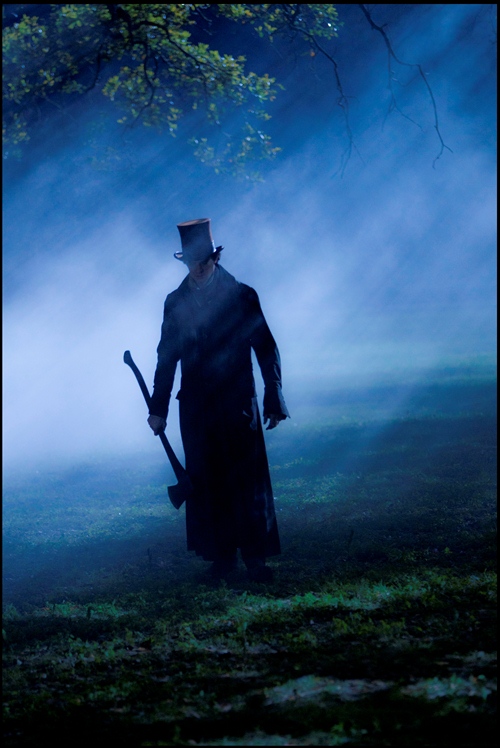