It's New Music of Note
Something You Need to Hear
I wouldn't really be sticking my neck out by praising a new music video from a talented young artist who has already done much of the same before, but that's ultimately what this piece is.. At just 22 years old, England's Cosmo Jarvis is a the fore of creativity in the areas where film and music intersect. Many of his YouTube shorts focus on self-effacing humor about growing up in smallish towns and facing the sorts of hard luck that befall young men. Impressively, Cosmo Jarvis will release his third record, Think Bigger on July 9 - via his own music and film label 25th Frame in the UK. Today's spotlight shines brightly on the first single from that album, ‘Love This’ - an ode to TV’s top gangster, the strangely likable protagonist anti-hero Tony Soprano... 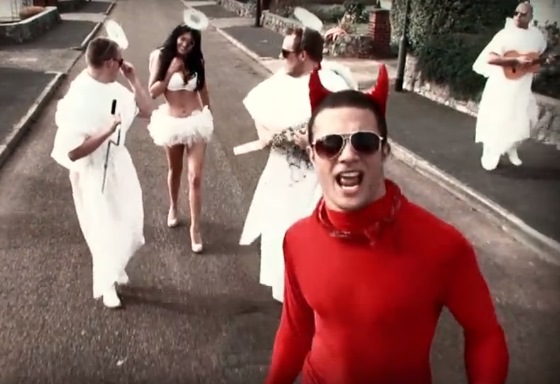