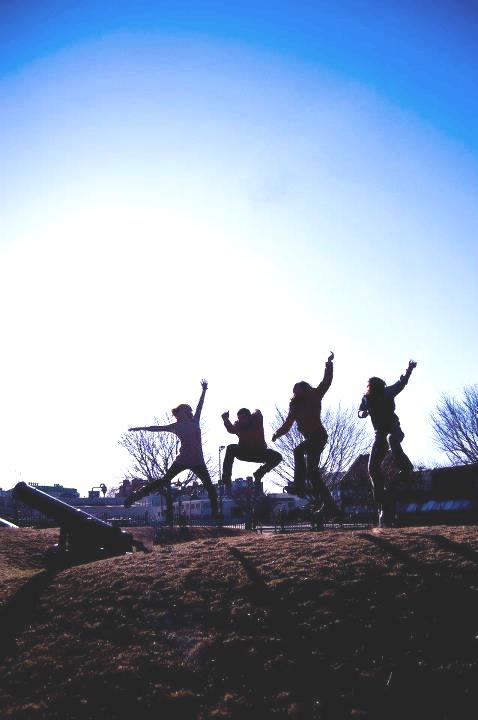 The Best New Sounds - A light shines brightly on Cask Mouse these days. The band proved to be one of the standouts of this year's Rock 'n Roll Rumble in Boston. The year ahead promises to be an exceptional opportunity for them to gain a strong foothold here in New England. Cask Mouse's members draw from all aspects of their diverse musical and geographical experiences to express emotion and share untold stories. With a sweeping love for all music they find themselves meandering the genres of country, folk, rock n’roll, rhythm and blues, gospel and soul. I caught up with drummer and vocalist Ed Llerena to find out what all the fuss was about. 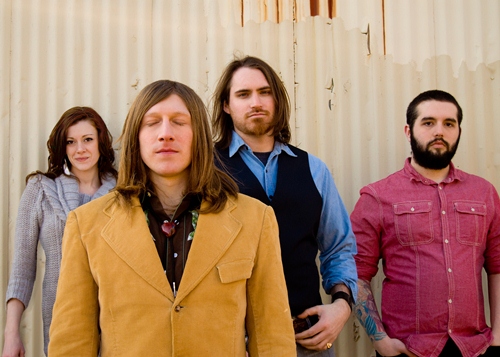 Llerena (at right) with his Cask Mouse bandmates
RYAN SPAULDING - RSL: Ed, how would you describe the Cask Mouse sound?
ED LLERENA: Cask Mouse, to me, is a huge melting pot of music. We dip into country, blues, rock and roll, with even a touch of pop. People say we roll a bit more then we rock, but almost all of our new tunes are way more up beat then our first batch. Usually when people ask me "what's your sound?" I respond "Take Johnny Cash mix it with The Beach Boys, and add ripping solos."
RSL: I have my ideas. But what elements of the band's music do you think make you special?
LLERENA: That is a hard question to answer! I personally think our vocal harmonies, and the fact that we change who's fronting the band on each song really makes us stand out in a crowd.
RSL: Can you talk for a minute about how the Cambridge Sessions came about? Were the songs written before you arrived or did they come about / get filled out in the studio? 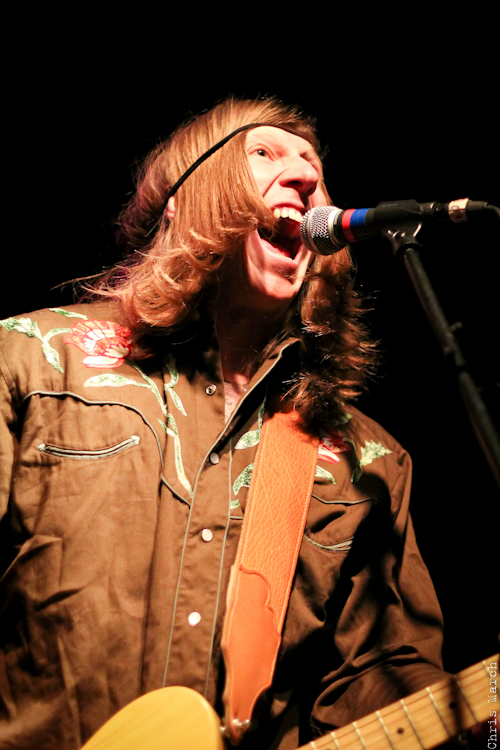 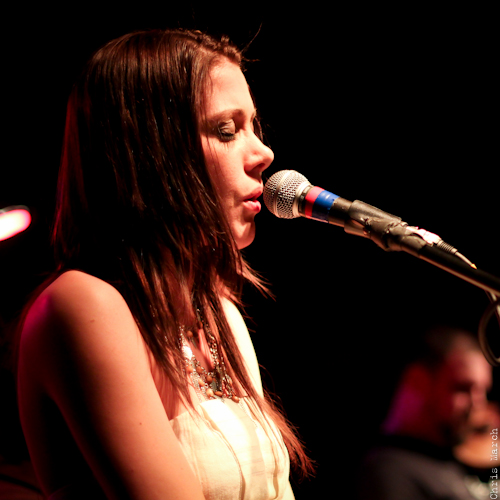 LLERENA: Cambridge Sessions was half written in a snow storm with Kevin, Mitch, and Nick Wolf. We threw one of my solo songs in at the end, and boom the EP was born. We went into the studio with the bare bones, and added from there. We made some adjustments i.e Nick Wolf left the band so Bonnie started singing Time To Breathe which was originally a raspy growly Wolf fronted tune so we had to re write harmonies and such... We added some samples to the song Radio, which we didn't even consider until we were in the studio.
RSL: I love the album. Is there any new material on the way?
LLERENA: We plan on jumping back in the studio in the next couple of months to start tracking a full length. If you've seen us live in the past couple of months you've heard some of the new ones, but we are sitting on about 6 or 7 more that no one has heard before.

RSL: Cask Mouse is a collective of sorts with rotating membership. Different musically but with the same members as other projects, ie Swamp Bear, which I only just discovered and love a lot. What does this afford the band in terms of flexibility? And, does it ever make things difficult?
LLERENA: Members having multiple projects has never effected the band negatively. As far as Swamp Bear goes. I play out as much as possible, but I put Cask Mouse first when booking, so it's never been an issue.

We all just love to play so we figure out a way to make it work. How ever, our flexibility is ruined by our day jobs. We all work in the live sound/ lighting/ entertainment world so booking shows on a weekend is like pulling teeth. It sometimes takes a month for some of us to find out if we can get the night off, and we have lost some killer shows because of it.

RSL: What do you see as the big challenge for emerging bands today?
LLERENA: That's a tough question. Gas is up. Rent in Boston is almost double what it was last year if you are trying to renew a lease. People are out to take your job if you leave to go on tour now more then ever. I can't speak for everyone but, It seems like every thing for us boils down to time and money. Not starving, keeping a roof over our heads, and finding the time to take music seriously has been the biggest challenge for Cask Mouse.
RSL: Thanks for your time Ed. I think we've been able show people, through sight, sound and now through words what Cask Mouse is all about! .. And it's with great pleasure that we debut a new track today on the website. This is Vultures, recorded live this month at Tupelo Music Hall in White River Junction, VT.