A New Direction for Silversun Pickups

On Further Review
by Julie Stoller

On Neck Of The Woods (Dangerbird), Silversun Pickups stretch out to cover new terrain and examine complex emotions with an icy, edgier feel than their earlier work. Produced by Jacknife Lee (U2, R.E.M.), it is their third release and the follow-up to their critically acclaimed Swoon. Creating this album was a deeply personal experience for lead singer, guitarist and songwriter Brian Aubert.
A PROGRESSION OF SONGS - It began at the start of his writing process, traveling through Italy, Hungary and Iceland, and then with the recording near his childhood home in Topanga Canyon. As he explained in a recent Rolling Stone interview, both abroad and at the place of his birth, he felt like a ‘stranger in a strange land.’ Neck Of The Woods deals with the loss of loved ones, and of that early sense of security and safety. It is an attempt to reconnect, internally and externally, with a once familiar place that is forever changed and now alien. We’re taken through dark corridors of memories, emotions stirred up like disturbed dust. There’s a heaviness that is quite new for them - more unfamiliar territory. 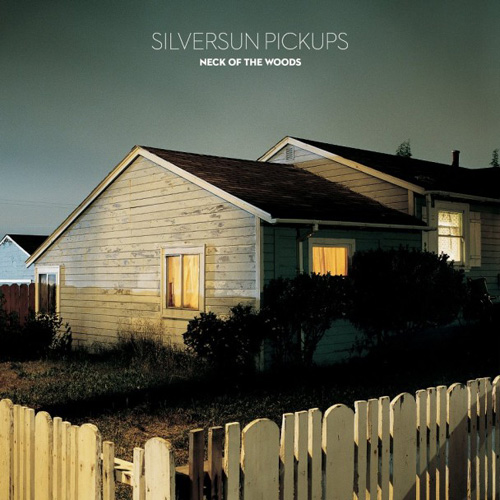 LISTEN - It’s a difficult album that makes old favorites like “Lazy Eye” and “Panic Switch” seem light and poppy by comparison. But it’s rewarding if you stay with it. “Dots and Dashes (Enough Already)” tries to decipher the morse code of one’s childhood, in an attempt to reconnect with the past. It’s musically dense and complex, with that same feeling of uneasiness that permeates the entire album. It recalls childhood memories, emotionally bereft and just on the edge of madness (“I’m already bored / I’m already wise / I’m already worn / I’m already wondering what am I”). The song fades ominously, like walking out into a dense, shapeless fog of unresolved issues.
Repeated listens reveal stellar moments such as the brief dreamscape of wistful longing in the middle of “Skin Graph.” All throughout Neck Of The Woods, it feels like we’re all jumping off into uncertain waters of discovery. Brian described the recording process as “emotionally intense,” and you can feel it with every anxious drumbeat, and the nervous, shifting melodies that move discordantly against each other. “Skin Graph” starts out contemplative, like coming home again and expecting gentle, familiar nostalgia, but then it dissolves into an anxious frenzy of feverish remembrances. Instead of reconnection, there’s just isolation. 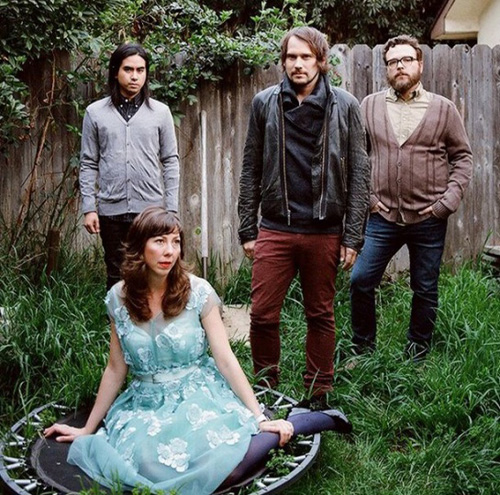 The slower, more brooding songs are especially effective. “Here We Are (Chancer)” has a seductive melody over an insistent drumbeat, and features incredibly pretty dual vocals from Brian and Nikki. There’s a stark and elegant simplicity that contrasts beautifully with the album’s more frantic, nervy moments. “Simmer” does just that, with everything percolating along, some of the nicest breathy vocals from Brian, and a great little guitar break as well (“What am I searching for? / The light to shine again / Nothing’s coming, nothing’s coming”). “The Pit” brings more unsettled emotions; feelings of alienation are set against Aubert’s personal remembrances of his youth. It begins with a charming bit of ‘80s old school.

Neck Of The Woods is a heady piece of work in both music and message. Not for lightweights or for ‘easy listening,’ but most definitely worth the commitment.
VERDICT: NOT FOR EVERYONE BUT QUITE GOOD.
Silversun Pickups
iTunes / Amazon / Web / Fb / Tw