New Videos from BLOOD RED SHOES, THE CHAPMAN FAMILY and THE HIVES

Music Video Roundup
by Nick Parker
THREE NEW VIDEOS - The last week has seen the release of a number of videos that do not revel in obscure, art-house concepts, nor undermine their music with facile jokes that belie their musical quality (you know who you are). They are, more or less stylized, performance pieces. Thank heaven for that. Here's a roundup of those that stood out to me, for better or worse.
BLOOD RED SHOES 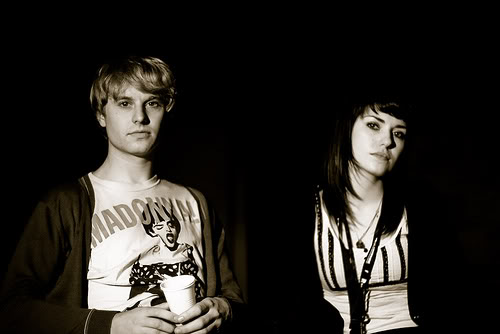 Listening to their 2010 album, Fire Like This, and you'd be forgiven for thinking that Blood Red Shoes weren't a British band at all, but from somewhere much closer to these shores. There is always something so ROCK about their drum sounds (never a soft strike among them), and even their singing voices don't quite seem to fit an often more genteel UK indie band scene. They are very much a staple in Europe now though, touring at the moment in support of their new album, In Time to Voices. This is a video of guitarist Laura-Mary Carter and drummer Steve Ansell (both singers in the band) blasting through a power-chord laden track called "Lost Kids," and suggesting they will be winning people over in droves when the album comes out in this country.
Blood Red Shoes' "Lost Kids"
Blood Red Shoes
Web / Fb / My / Tw 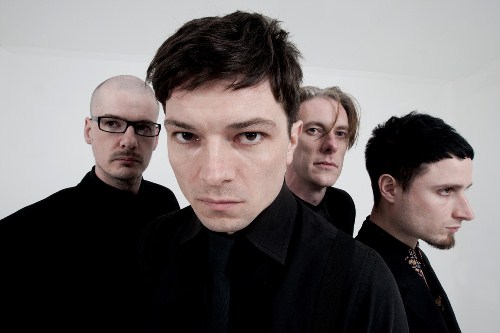 To watch The Chapman Family's new video, for "No More Tears," feels very much like watching a rabid dog being held at the leash. You can sense the heavy hand of a producer in the low mix of the vicious guitars, not to mention in the suits, which feel very constrictive as the band scream the song's title over and over again. How much the band have chosen their course is of little consequence I suppose. The track is a great piece of hypnotic pop-shoegaze. It has to be said though, that we've seen something VERY like this before in the last few years: The Horrors video for "Who Can Say" is (literally) staged in the same way, both musically and visually, and for that The Chapman Family loose some points for ingenuity..
The Chapman Family's "No More Tears" 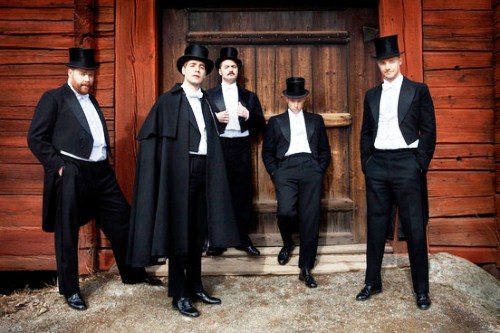 You can't easily fault The Hives for continuing to do what they have done so well for years, except that well, they are still doing -precisely- what they have been doing so well for years. This video, which is cleverly recorded in a studio performance in the round, has the typical absurdities – top hat and tails, comic expressions, etcetera – dressing a punk song that is fun, but somehow a little flat. Perhaps I am being uncharitable – I suppose if you are still looking for a fix of The Hives' music, and playing the old albums just won't do, this track, called "Go Right Ahead," will suit. For me though, it had the effect of driving me back to great stuff like "Die, All Right" and "Main Offender," which is no bad thing in the end.
The Hives' "Go Right Ahead"

Talcum X said…
You can't fault a band for doing the precise same thing all the time if they are good at it. Why reinvent something that doesn't need reinventing? ACDC are a prime example.