Feel like the current crop of films aren’t meeting your daily requirements of explosions - with gross property damage in the billions? Are the lack of narcissistic, armor-clad playboys, giants with frightening anger management problems and alien armadas leaving you unsatisfied? I give you "Marvel’s The Avengers."

Action is what carries the day in this film, though the writing team crafted a decent story with more than just mindless violence. In this case, one of the major plot points is the secrets S.H.I.E.L.D. agent Nicholas Fury is keeping from the rest of the team, although to be honest, why would you trust a man who heads up the world’s #1 spy organization? You see, Fury and his fellow spy-guys haven’t been hanging onto the Tesseract to light up the conference room. (Editor's Note: The Tesseract is the alien energy source that Captain America had previously thwarted arch-villain The Red Skull from harnessing for world conquest. Of course, that happened before Cap became a giant ice cube at the bottom of the sea. He's resurrected and plays the innocent all-American boy in the room in this motley crew of heroes in this film.) Now, what Shield really plans to do with this "ultimate power"... well, you’d better just buy a ticket for that one. 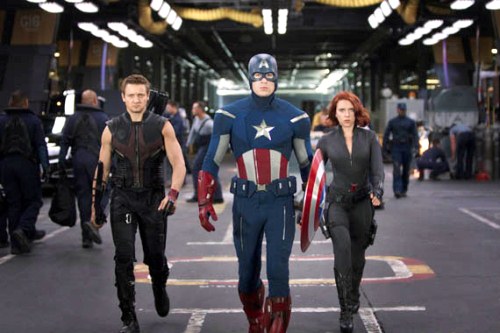 The Avengers, directed by Joss Whedon (Firefly, Buffy the Vampire Slayer), is the culmination of much of Marvel’s cinematic franchise. Each of the characters has had one or two solo films, and this one brings them all together, where they bond as brothers and vow to fight at each other’s side or die trying. (Or kill each other first.) 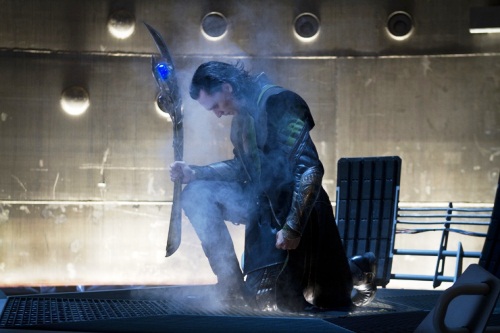 The film opens with the ominous return of the God of Mischief, Loki - his arrogance portrayed brilliantly by actor Tom Hiddleston. This time Loki’s allied himself with the Chitauri, an alien race who have set their sights on the Tesseract. (Evidently the power is go great it acts as a gateway to different universes... There aren't also nice folks on the other side....) After getting their asses handed to them, the head honcho at S.H.I.E.L.D., Fury (played by Samuel L. Jackson, the baddest mother on any block), decides that gods and alien stormtroopers are just a touch outside his wheelhouse (just wait until you see the technology he commands) and recruits the mightiest heroes on Earth for the job.

Ultimately that's the premise of the movie. Bring together powers that could tear the world apart to save it. And it's almost the downfall of the group - which have some serious backstories and a lot of psychological baggage.. Stark spends half his time trading jabs with Captain America and Thor, not caring that both could tear him in half, and the other half reminding everyone else that they’re idiots. Banner’s constantly on guard, since any stress could turn him into the Hulk, at which point he’d turn the rest of the cast into red rags. I just hope the S.H.I.E.L.D. staff have good insurance. 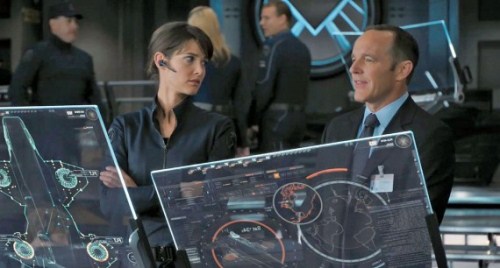 Nevertheless, the Avengers are able to put aside their differences and direct their pent-up rage against Loki and the Chitauri for a climactic battle that sets new standards in annihilation. (Obviously this thing was all digital and CGI but for the time spent in theatre, audiences where we saw the film were captivated - blown away by most of the seamless action.) It's a tall order as the suspension of disbelief must last more than two hours.

The Avengers brings back the original actors from most of the Marvel films, with Chris Evans as Captain America, Robert Downey Jr. as Tony Stark (alter ego of Iron Man), Chris Hemsworth as Thor and Scarlet Johansson as the Black Widow. The modern-day Robin Hood known as Hawkeye (Jeremy Renner) gets added to the mix. Both he and Black Widow are Shield Agents - squaring up a question I had about incompatibility of adding a gun-toting and arrow-shooting duo in the midst of super-soldiers, armored and green-skinned monsters and demi-gods. 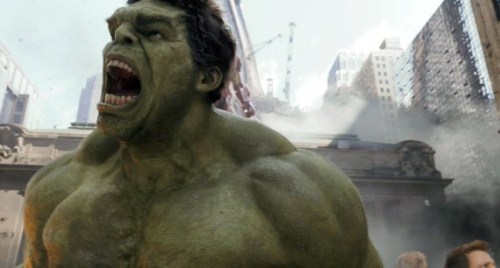 Speaking of the green goliath, Bruce Banner (The Hulk) is the only one who can’t seem to keep any consistency in his films, with Mark Ruffalo next on deck to fill the jolly green giant’s shoes. He plays the role well, depicting a man who’s constantly watching himself, because one slip and downtown New York is a mass graveyard. While the acting wasn’t exactly a cinematic milestone, the cast played their roles very well.
The action, dear God, it is awesome. The Hulk scenes in 3-D were ridiculously satisfying. Whether it’s the Hulk punch-stopping an alien warship, Iron Man taking down a platoon of Chitauri soldiers or Hawkeye proving that you don’t need to be a god to send the bad guys to meet theirs, I love every minute of it. Marvel’s always had a history of great special effects, and The Avengers maintains that tradition, while at the same time not relying on CGI monsters to carry the film. Choreography in this was one was spot-on, not easy to do with such a large cast.

Spoiler Alert: Stick around through the final credits to get a load of what's coming up next. The death-worshiping intergalactic mad man Thanos chuckles as he is warned by the defeated Chitauri King to avoid Earth at all cost least he wish to face his end... Chilling and inspired all in one moment. 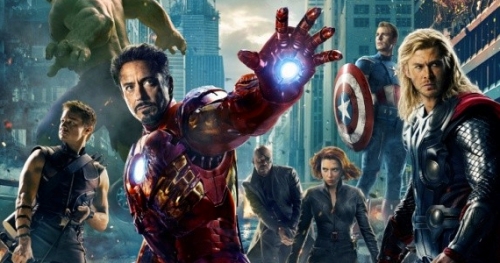