Artist Interview
by Chris Fullerton
[Today, the final hours of Nathan Reich's solo project Kickstarter tick down. He has made the goal and his record WILL be made, but I encourage you to click over and support him in these last minutes if you are so inclined - ed.]

Every year, thousands of people and bands descend on downtown Austin, Texas for SXSW, a music festival of sorts, but most importantly, a place for lesser-known artists to generate buzz and exposure. One of the most “buzz-worthy” bands from this year’s festival, in my opinion, was a band called Flights, (which subsequently changed their name to Foreign Fields to avoid confusion with another band of the same name.), who create a haunting, ethereal sound, somewhere between folk and post-rock.
Nathan Reich of Foreign Fields was kind enough to answer a few questions about the band, their upcoming tour, as well as his solo work.
Chris Fullerton (RSL): How did the band come together?
Nathan Reich: Well, the core of the band is Eric Hillman and Brian Holl, who wrote and recorded all the music on our latest record, but I play acoustic/electric guitars and sing back-up vocals. Nate Babbs plays drums and we are currently going through an auditioning process to replace the synth player we had, John Paul Roney. It all really came together a few weeks after the record was released. I had coincidentally just moved to Nashville, with not a lot going on, and Eric and Brian were the only two people I knew. We had talked about playing together at some point in the future, but the recent success of the record created a sudden demand to put the band together. So, it all fell into place in a very serendipitous way.
Nathan Reich at Daytrotter in Austin this year 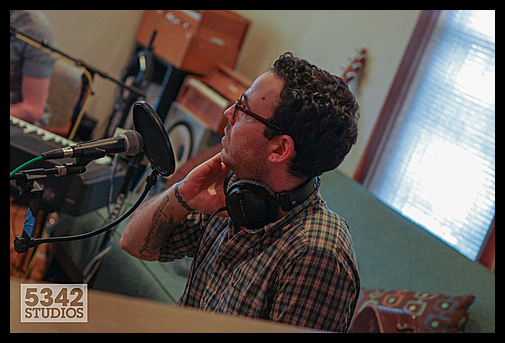 CF: At SXSW, Foreign Fields played The Outlaw Roadshow, a showcase put on by Ryan’s Smashing Life and Adam Duritz. This summer, you’re hitting the road on the touring version of the Roadshow with Counting Crows and a host of other up-and-coming artists. How did that all come about? Have you ever been involved with something of this scale?
NR: Well first of all, I think it's amazing and rare that Adam Duritz and Ryan Spaulding have devoted so much of their energy and time to finding and supporting new music. I just don't personally see huge acts like that very often going out of their way to this extent to expose new music to the world. It's something that should really be praised, I think. It all happened because of the internet, which is somewhat inspiring and scary to think about. Despite sometimes feeling like my music will always be lost in a monstrous sea of other music, what happened with Foreign Fields is a good example that it still can reach people via the internet and be appreciated. Nothing is ever completely lost. Basically, it started with one small blog, spread to big blogs, then to Daytrotter and then directly from Daytrotter to Adam Duritz, and the rest is history. I have never been involved in a tour of this scale at all. The biggest show I've ever played was at my college performance center (Boston's Berklee College of Music), which was a 1200 seat theater. That was fun, but this will be a whole new experience.

CF: Speaking of the Internet and music, you're working on a new solo album, All Night Pharmacy, and using Kickstarter to raise funding. How do you think the Internet and the self-financing options have changed music and the way people go about musical careers?
NR: It seems to have become the new standard that people don't have to buy music anymore, and record labels don't invest in undiscovered, uncertain talent. They want to see the money is flowing and things are happening before they sink their teeth in, so to speak, so the funding is coming from...nowhere. The idea of Kickstarter has kind of cleverly tricked the community into supporting its artists again, which I like. The majority of listeners will still download the music for free, but if you can build yourself a loyal little community, that can be plenty to keep you making records. You don't even have to have an enormous fan base to raise a pretty substantial amount of money, which is amazing to me. At the end of the day, this new vehicle of raising funds is actually better to me because it keeps all the control in the artists hands, if they are doing it all independently, which in my case I am.
CF: Your last album, 2009’s "Arms Around a Ghost" is an amazing set of stories. What is your approach to song-writing? Who are your influences?
NR: There seems to be a common thread in my approach to writing. Which is that it always starts with guitar and melody. I hear the guitar part, and often just start singing along and sometimes words fall out of my mouth, and those become seeds for the real lyrics. The lyrics themselves almost always get written on my computer, where I can look at the text neatly and organized. I hate the way my handwriting looks. Even if I wrote a good lyric, I'd think it was stupid because of that, so I may write small ideas that come to me throughout the day, but the bulk of the lyrics get written alone in my room, staring at my computer and day dreaming. My favorite songwriter of all time would have to be Elliott Smith. But I love other writers like Deb Talan, David Bazan or Fionn Regan. It's hard to say who has influenced me the most. I like good clear structure and form in songs, whatever the style may be. So I take that approach with my own writing as well. Clarity is key, I think. 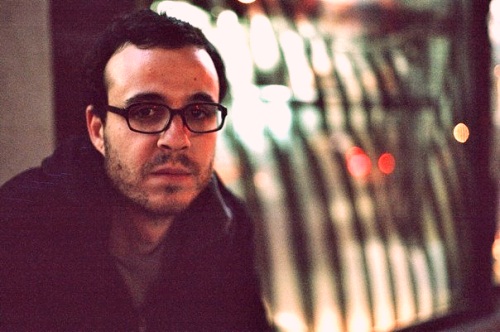 CF: What kind of statement do you want to make with All Night Pharmacy? Is there a theme or a common thread to the songs?
NR: I don't really set out to make any statements with my music. I just want to write good songs that are about real things, ideas, thoughts, interesting ways of describing the human experience, if you will. My life is just so full of ups and downs and different experiences, regarding my relationships with people and myself. Music is just a way to make art out of those experiences. That being said, I seem to have certain words and images that repeat themselves. I write about houses, homes and different forms of light a lot, shadows moving across the floor and tension between people. There may be more things I keep touching on, but I am not aware of it totally. This record has covered a lot more topics than the last record. I've written less about love and more about traveling, being alone, my habits of self-destructiveness under the metaphor of the supposed 2012 apocalypse. It's just all over the place, sometimes all in one song.
Nathan Reich
Kickstarter - final hours! / Facebook 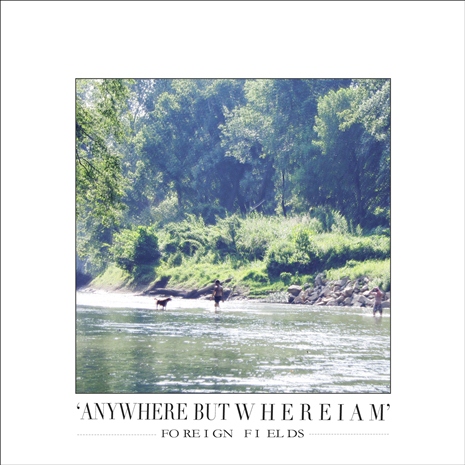