New Music Video
You Gotta See This!
Love, Loss, Pain, Regret, Redemption - "Need Your Love" is the story of all these things. The video, Directed by Dugan O’Neal in Los Angeles, takes the new Temper Trap song and stretches it over the skein of the first Karate Kid movie. What you have is a different, but a satisfying ending...

The Temper Trap debuted this track among a handful of others on their most recent sold-out underplay tour of North America. The Temper Trap will be back this June playing dates across North American starting with Terminal 5 in New York City on album release day and ending on June 18th in Seattle. It was also announced last week the band will be returning to Lollapalooza for a second time.

The self-titled ‘The Temper Trap’ album is the follow up to 2009’s debut long-player ‘Conditions’. It featuring the singles “Fader,” “Love Lost” and “Sweet Disposition,” the album was one of the breakthrough successes of the year and has now sold over 800,000 copies worldwide. The latest release will be the band’s first as a newly-expanded five-piece outfit following the permanent addition of Joseph Greer on keyboard and guitar. The self-titled album will feature 12 new songs recorded in Los Angeles with producer Tony Hoffer (Beck, M83, Phoenix). 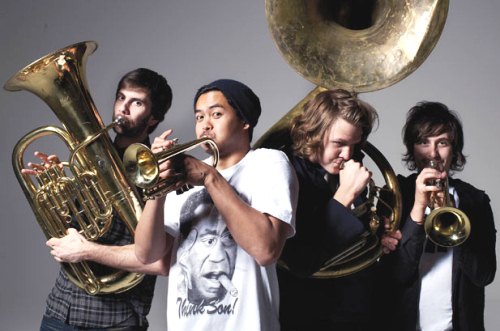 & Crocodiles will be opening