There is no better night in Boston music than an evening at the Rock 'n Roll Rumble. Everyone is there for the same reason: to take part in an annual spectacle of musical discovery - to be a part of music history in the making and to find the next band that will be added to their music collection. Monday evening was no different as four new bands, four challengers stepped to the fore in an attempt to play loud, be seen and to advance in the Rumble. 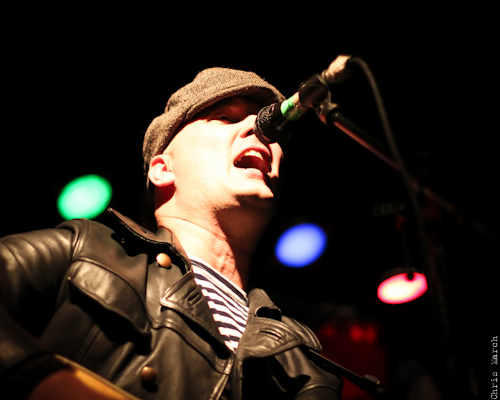 The evening started off in slamming fashion as basement dwellers Thick Shakes got off to a fast start. I know the band from booking them a few years back and while their garage punk roots haven't changed, the quality of their sound and the fullness of the live experience they offer, certainly has. Thick Shakes offers a blast of dissonant rock and just when I think I've got them pegged, the organ kicks in.. I'll be honest with you - this was probably the most surprised I've been in some time to see a band I thought I knew. The fuzz of the guitar mixed well with the organ helping transport the audience to the next big wave. This one was a really pleasant surprise. This set was a huge win for the band. Thick Shakes got the night off to a rousing start! 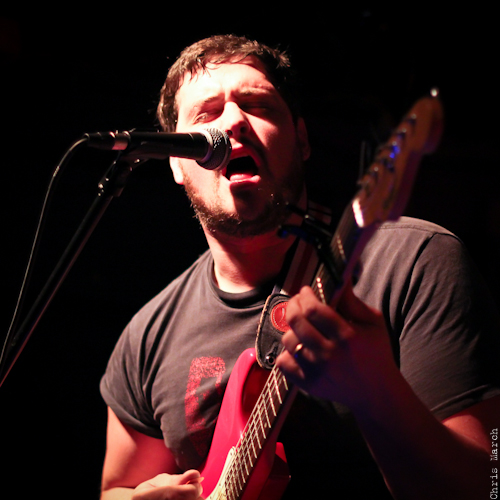 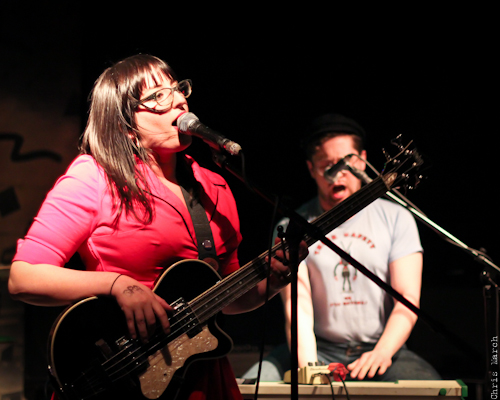 Regardless of this Rumble's outcome, I've got a very good feeling about Animal Talk. I had never before see the boys play live before, which is one of the exciting things about being an audience member at any Rumble performance. You stand in front of these musicians on stage and stare them into the eyes and they prepare to explode up on stage. This was not our first meeting though, I ran into the guys this year in Austin and so there was the strange but friendly recognition as they climbed on to the stage and plugged in their guitars. Rock cuts and pop hooks exploded from up on stage. This is a band that has been influenced by this generation's best and the interesting thing to me is how effortless they made it all seem. It was early still but members of the crow begin to pop about like so much corn in a hot kettle. One can only imagine what will happen when this lot find themselves in front of a few thousand alcohol-fueled fans in a dancing frenzy. With performances like the one on Monday, I don't expect it will be very long until the band finds out for themselves... 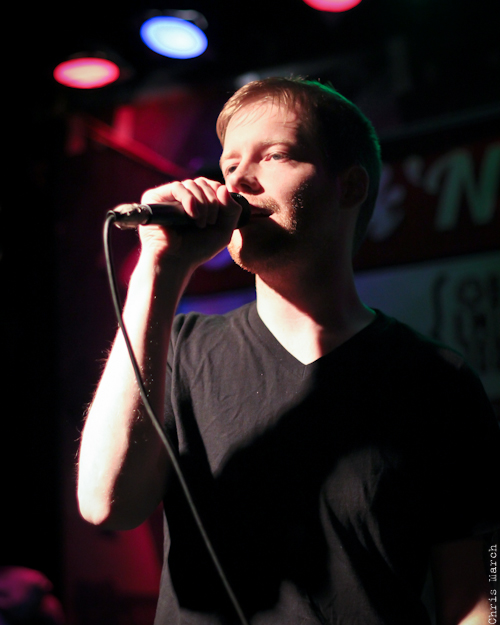 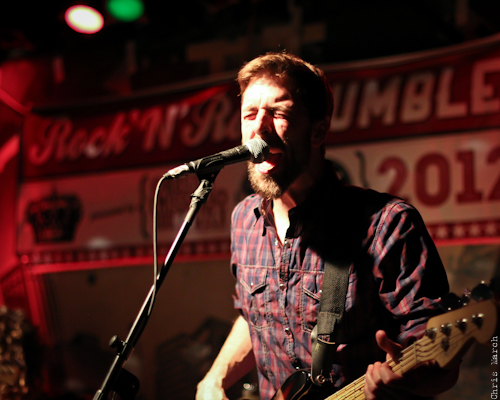 Animal Talk
facebook / twitter / bandcamp
Garvy J were easily the most settled of any of the bands on stage this night. They assumed the stage appearing every bit the lot of seasoned pros and that's the way their set went as well. The band wear black leather jackets that seemed to say more than their body language... And while their garb was expressive, it was the music that did all the talking. This was the one set that could have been lifted straight off a big stage and transported to a Rumble stage. Nearly flawless execution demonstrated that this band realized that was their night to lose. And, of course, as it played out: they didn't lose. Josh Hager's lyrics drove the plot, the perfect foil to celebrated local guitar hero Tony Savarino's wailing. A standout performance! 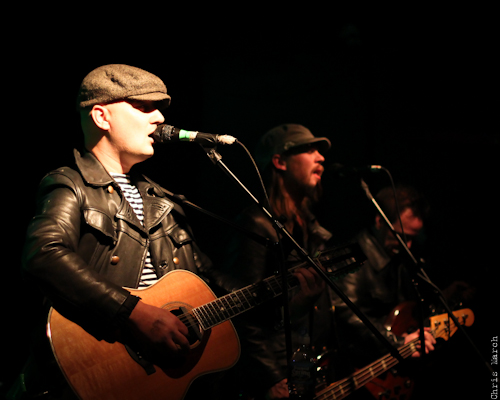 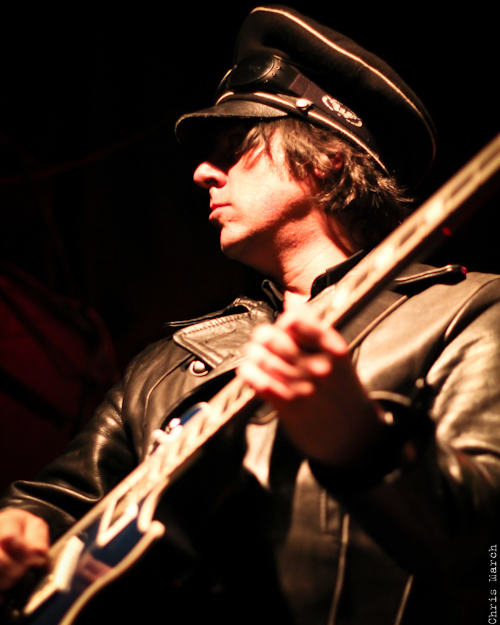 Garvy J
facebook / twitter / bandcamp
By the time Grey Valley Ghosts took the stage, the audience really needed a pick-me-up. I went to the bar and ordered a whiskey and while I was glad to have it, I was dismayed my spot near the stage had been swallowed up a legion of twenty-somethings looking to get closer to the band. Their set, while the most niched of the night, thrived in the celebration of their youth. It was characterized by their seemingly limitless energy, and a sensual presentation of their song lyrics. This was a driven agenda. The rock numbers were well-executed; characterized with booming drums and the spaces in between filled with guitar rage. Slower numbers showed the band's darkier albeit more poppy side, a welcome - charismatic face of the band. It wouldn't shock or surprise me in any way to see this band playing a large, touring festival stage by the end of this year. Total win! Watch for these guys, I predict big things and I'm not sure Boston can contain them. 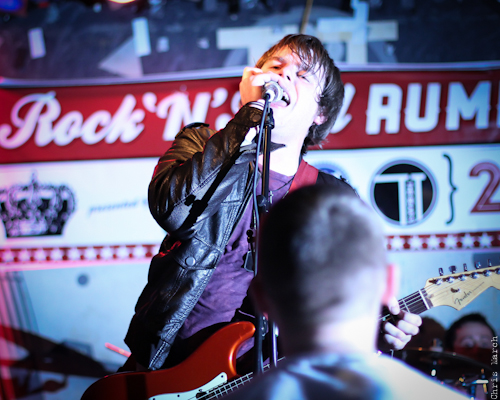 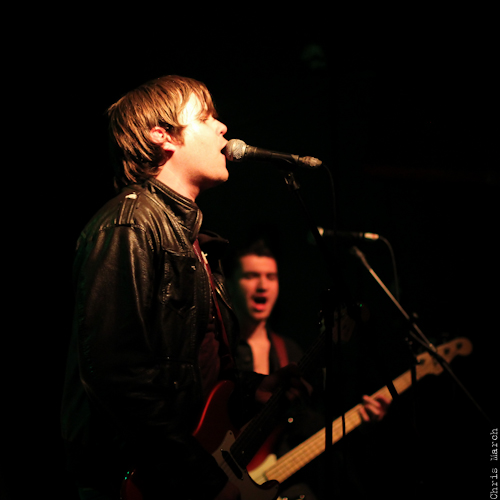