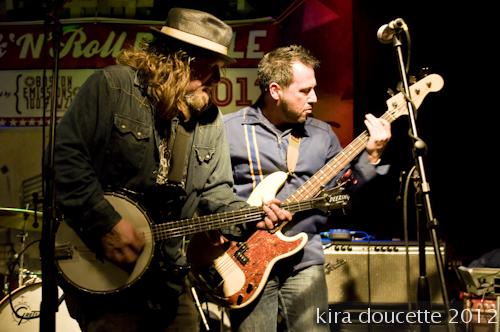 Ever arrive to a party late? That’s kind of how I felt as I walked into night #5 of The Rock ‘n’ Roll Rumble at T.T. the Bear’s Place. There was already a good sized crowd, 100+, just ahead of the first contestant, Pray For Polanski. Anngelle Wood, staunch supporter of so many Boston bands during her tenure at Boston Emissions’ local radio show, was our esteemed hostess. Apart from the sporting competition, the annual Rock ‘n’ Roll Rumble provides a diverse evening of some of New England’s best musical talent. Tonight we had some serious grrrl power in the form of two ferocious leading ladies (Anne Warnock of Pray For Polanski and Elena Siegman of BrownBoot) some marvelous stage heroics (which sadly isn’t part of the judging criteria), two mad keyboardists, and one mighty slick-looking electric banjo. 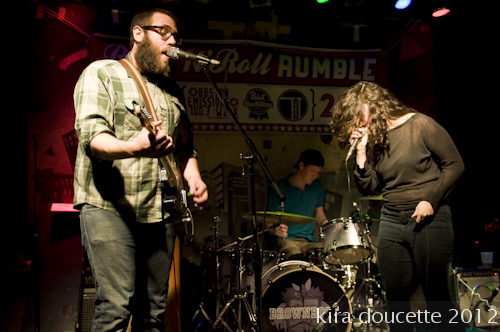 Pray For Polanski has a great sound. Their strength is lead singer Anne, who belts it out in an unhinged, Baptist revivalist sort of way. She really lets the spirit move her. Aviv Rubinstien adds a fine guitar and haunted backwoods vocal counterpoint to Anne’s keening, and it was during a particularly heady, possessed interlude of wailing human and wailing stringed instrument that Aviv, lost in the moment, toppled backwards over a monitor. Flat on his back with feet in the air, and then sorting himself and the injured equipment, he never stopped playing and didn’t miss a note. In a perfect world, there would have been extra points for that. Personal highlight: “Desperation, CA,” during which I was imagining Ms. Janis Joplin, wherever she is now, tilting her head to have a listen.
Pray For Polanski
Web / facebook / bandcamp 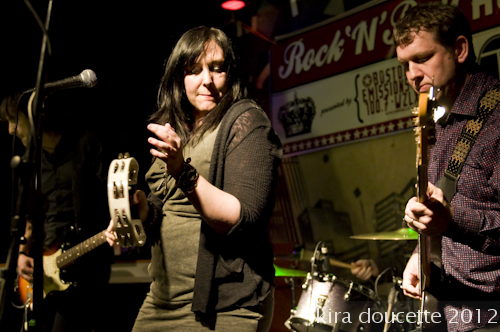 BrownBoot, with strong dual ‘front people’ Rodrigo van Stoli on screaming lead guitar and vocals and Elena Siegman on hard rockin’ soul banshee, got everyone going. Rodrigo and Matt Sullivan, guitars screaching at the front of the stage and playing to a wildly enthusiastic audience (biggest crowd of the night) really have their ‘Rock Star Moves’ down (also not part of the judging criteria). Another strong point: some mighty fine 3-part harmonies. After some inebriated gentleman in the back made some odd comment about… well, I won’t say, as this is a family publication, in a serendipitous moment, Rodrigo announced their next song, “Douchbag” (a.k.a. “D-bag,” as it was written in the setlist), as being “for all the douchbags in the audience.” This was a highlight for me, as I found the combination of ‘70s hard rock and the refrain “what a douchbag, what a douchbag” impossible to resist.

BrownBoot
facebook / twitter / bandcamp
There was a perceptible vibrational shift when Bow Thayer & Perfect Trainwreck kicked into their set of traditional, bluegrass and folk-tinged rock ‘n’ roll. Soulful and deeply rooted in their woodsy Vermont home, there was something in their exceptional musicianship, tightly woven arrangements and cohesiveness that I must say lifted them above the fray. Everyone was outstanding. There was Bow’s rich mountain man vocals and cool-as-hell electric banjo, the sanctifying sounds of Chris McGandy’s glorious pedal steel, and Jeff Berlin beating mercilessly on his vintage 1960 Gretsch drum kit. Along with a heart-pounding rhythm section and some mind-bending piano and organ flourishes from the aforementioned ‘mad keyboardist’ James Rohr, they seriously raised the bar for the evening. (As it so happened, the judges agreed. Onwards they go to the semifinals). True to their backwoods farmhouse roots, they ended with a delicious full-on jam about “a guy who dug a hole in his backyard because he thought the end of the world was coming. What a crazy fuck, huh?” Awesome. Congratulations, guys. 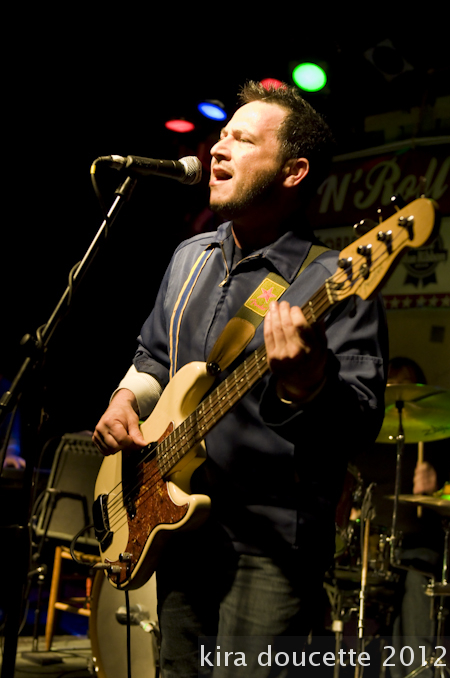 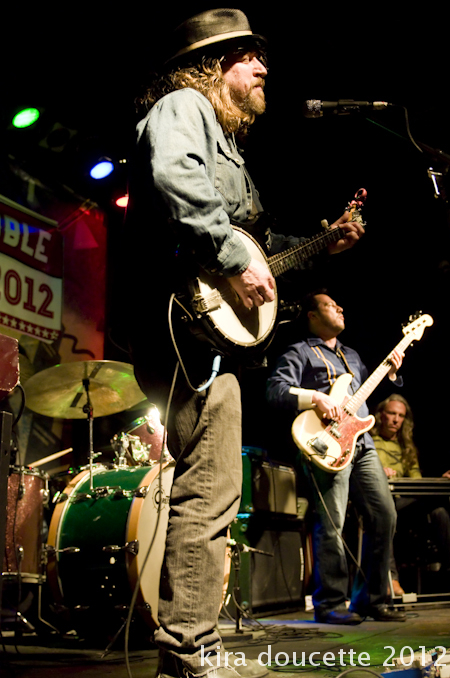 The Bynars closed out the night with a heavy dose of fun in the form of some crazy ‘80s-inspired bouncy synth pop. Between Matt Jatkola’s super quirky vocals (and equally compelling visual presence) and Ben Mettey’s analog synths (ok, so one was a digitally-controlled analog synth – it still counts), I was instantly transported. In fact, so completely captivated I was by those pretty beeps, boops and cascading waterfalls, that I found myself drifting over to the other side of the room to plant myself in front of them. The Bynars win my own special award for ‘Best Flashback.’ Personal highlight: a cosmically spacey and totally off-kilter take on Bruce Springsteen’s “Dancing In The Dark,” inspiring an audience sing-a-long and impromptu MTV dancers. It was an unexpected surprise which I found marvelously amusing, though I can understand if some purists may have considered this sacrilege. There is certain sacred ground upon which you just don’t tread. But you know what they say; all’s fair in love and war - and The Rock ‘n’ Roll Rumble. 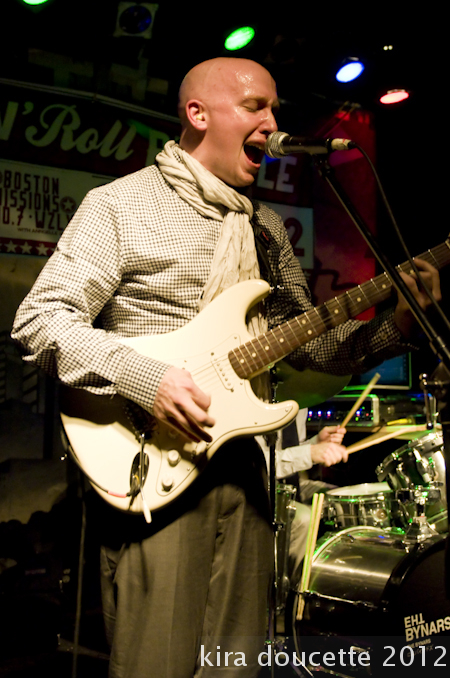 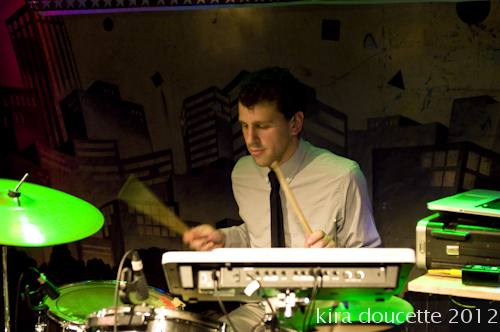