Plants and Animals - The End of That

The Best New Music of 2012
Someone You Should Know

One of the Best Records Released to-date in 2012 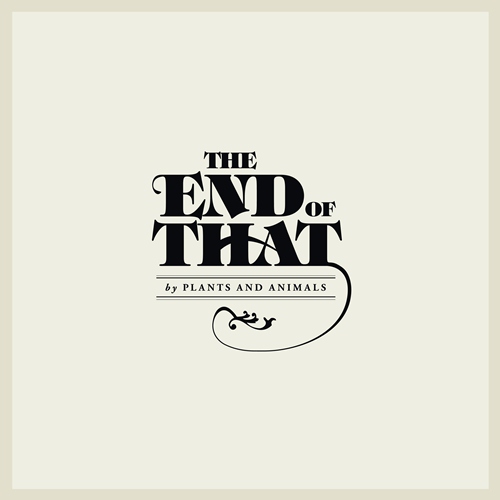 "With a more mature, self-effacing nature but with a keen eye on remaining playful and light, the songs from The End of That (on Secret City) both punctuate through underscore and bounce. Plants and Animals' ten years of experience playing together have served them and their audiences well and it's pretty clear Montreal can be proud of these sons. This is one record you need to own this year.." - Ryan Spaulding
BACKSTORY - Montreal's Plants and Animals have been playing together for 10 years. It's odd to think of a band offering such strong and unique vocals starting off as an instrumental group, but there were this all begins. They recorded a self-titled record in 2002 with 15-minute songs. (I believe I actually have a copy of this one in a box, somewhere.) The band played around Montreal for years, no vocals, heavy on improvisation.
Then in 2008, a project two years in the making became Parc Avenue and they stepped out onto the circuit for the first time. It had guitars and drums and vocals, and orchestration out the wazoo. It was nominated for one Polaris prize, two Junos and three GAMIQs. They opened for Grizzly Bear in Montreal, and did their first tour with Wolf Parade. Danger Mouse got his paws on it and invited them to open for Gnarls Barkley, and later Broken Bells. The National invited them to open for them in Central Park. They headlined stages across North America and Europe. 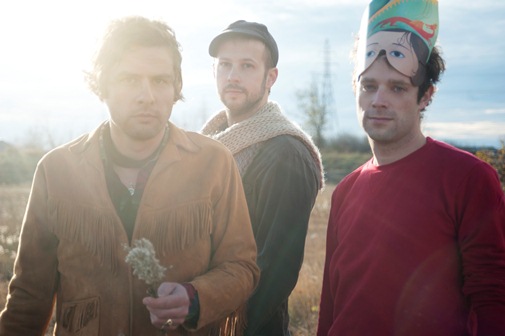 Caroline Desilets photo
In 2010, Plants and Animals released La La Land, a heavier, darker departure from Parc Avenue that has become a veritable cult favourite. They played over 100 shows that year, including a long US tour with Frightened Rabbit. La La Land was even shortlisted (once again) for Canada's prestigious Polaris Prize. All the previous efforts and the progress the three-piece have made over the years has come home to roost in 2012 with amazing new album, The End of That.
NEW MUSIC VIDEO

+ with This is The Kit

Email Post
Labels: Best of 2012 Montreal New Album Plants and Animals The End of That