Of Monsters And Men - My Head Is An Animal 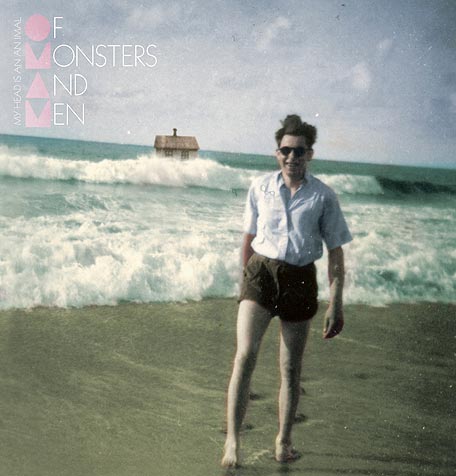 HIGHLY RECOMMENDED - On their debut album, My Head Is An Animal, Of Monsters And Men make an epic statement, showcasing their sound that bursts with joyful exuberance and grand orchestral gestures, along with more delicate, fragile, folk-rooted moments. There are a few recognizable signposts along the way, like the anthemic qualities of Arcade Fire and similarities (in the male-female vocal counterpoint, and emphatic shouts and horns) with the communal spirit of Edward Sharpe and the Magnetic Zeros. This is especially true on “Little Talks,” which is strongly reminiscent of “Home” (though “Little Talks” is far more somber in subject matter). Of Monsters And Men will no doubt resonate with fans of those fine bands (and add to that the rootsy Americana of Mumford and Sons).

OF MONSTERS AND MEN 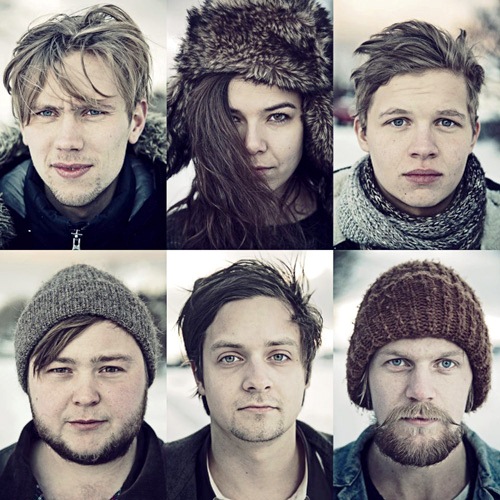 However, in their starker moments, such as “From Finner,” “Love Love Love,” and “Lakehouse,” there’s a quiet mystery and honesty, most poignantly in Nanna’s vocals, and a rugged defiance that can only come from their Icelandic roots, and this is what gives them their distinct personality. “From Finner” is a perfect example of this, from the bold percussive swagger to the gypsy-flavored accordion. There’s also that quirky nature and a love of monsters and mythical creatures, fairytale, allegory and old world romance, reflected in their lyrics.


Of Monsters And Men began as a quartet in 2010, winning Iceland’s ‘battle of the bands’ contest, Músíktilraunir. In their first incarnation, Nanna and Raggi shared guitar and vocal duties, with Brynjar on guitar and melodica, and Arnar on melodica, glockenspiel, vocals and percussion. They’ve since grown to six members to include a bassist and keyboards/accordion.

Their song “Little Talks” received airplay in the U.S. when KEXP first recorded them at the 2010 Iceland Airwaves festival and introduced the song to their audience, where it quickly become a listener favorite and went into heavy rotation.

When their debut album My Head Is An Animal was released in Iceland in September of last year; the album and single went to #1. A quick two years after they formed, they’re now signed with Universal Music Group, with the album scheduled for U.S. release on April 3 (a four-song EP, Into The Woods, was released back in December, generating great interest).

On their first visit to this country (which began last month at SWSX) all but two of their shows on their 16-date tour are already sold out (including their show at the House of Blues in Boston this Saturday - a date with fellow Icelandic artist, the marvelous Lay Low). This band is obviously on a fast track to great things. If you’re lucky enough to have tickets, enjoy this special evening of musical magic from Reykjavik! Everyone can catch them streaming live online tomorrow, 4/5/12... 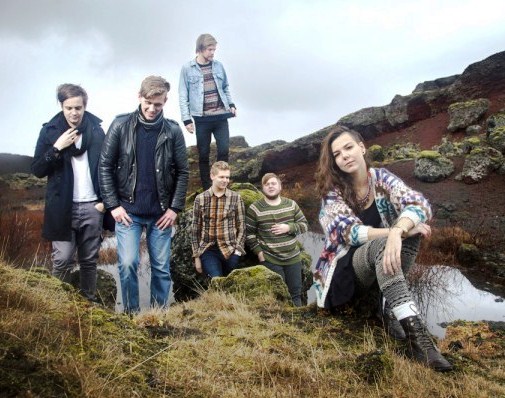