Eddie Vedder "I Am A Patriot"

We're writing these words from Boston and in Massachusetts we have a weird, unique series of patriotic holidays for reasons time remembers but the average Joe forgets. (Most everybody here thinks we get Patriots Day off from work/school for the Boston marathon - or to do our taxes, or go to Red Sox games...) This isn't a civics listen but it is another great chance to share timely music news. Cue the Eddie Vedder.... and news about the man's rescheduled shows. 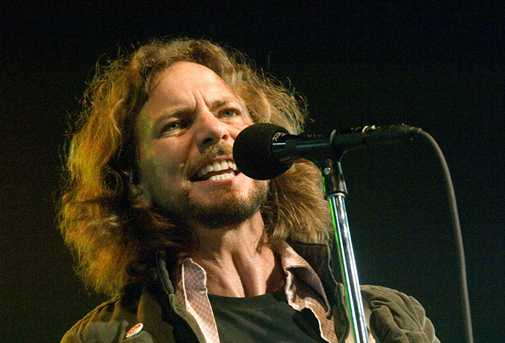 Eddie Vedder this month announced the postponement of his 15-city U.S. solo tour today due to temporary nerve damage in his right arm, the result of a back injury sustained earlier this year.

All postponed dates will be rescheduled for November and December 2012. Tickets will be honored for rescheduled dates. Refunds will be available upon request through the point-of-purchase. Fan Club members with Ten Club pre-sale ticket will receive an email regarding proper refund procedures today, Thursday April 5th.
Rescheduled dates are as follows:
Special guest Glen Hansard (The Swell Season, The Frames)
will join Vedder on the road for these shows.
All refunded fan club tickets will be held by Ten Club with the intention of reselling them through a fan club drawing at an undetermined later date.