DEBUT: The Lights Out "One Way To Die"

Boston is a fast-moving, rapidly developing music scene these days. And without a compass it's easy to lose one's direction. One thing hasn't changed since for this music blogger in the six years I've been writing about our beloved scene and sharing our music with the world - The Lights Out, formed in 2005, continue to offer up perhaps the best live shows in New England. They are consummate rock professionals and probably certified black belts in Fun Rock. 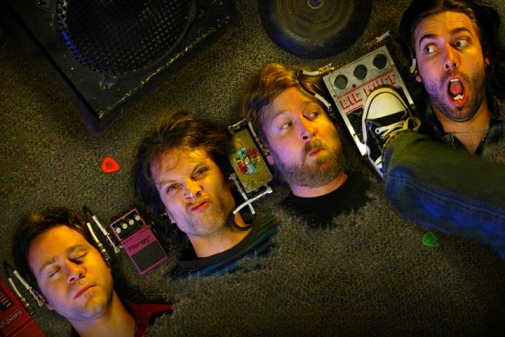 The characters on stage instantly become friends with the audience. And the walls dividing strangers at their shows fall away. I call it "The Lights Out" Effect. That entertainment doesn't end on the stage. There was that personals ad which drew a lot of stares and clicks (you can imagine it, band looking for new fans, that kind of stuff... priceless) and then there's the amazing and kind of outlandish band photos (two of which accompany this piece.) This is a band that takes rock and fun, very seriously. 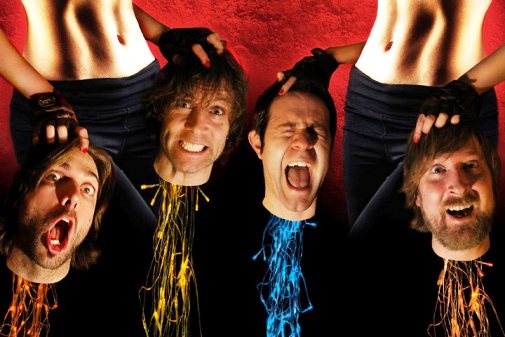 As fun-loving as this foursome are, their fierceness at playing rock cannot be undersold. (I know it sounds trite - but when I think of these guys I think of the cinematic setting on fire of guitars, action-packed bank robberies, and demolition derby!) Each member of The Lights Out Each is a technician in their own right. That again shines through on the new record, "On Fire," an LP which won't see the light of day until June 1st.

The songs and influences here span several genres: modern rock, arena rock, country, glam and soul - making "On Fire" the band’s most textured effort to date, and the first using keys and synths. There's an urgency on this one as well - perhaps to beat the end of the world - or at least so they can get on the 2012 soundtrack. Today we have the first single for you, "One Way To Die." Can't wait to hear what comes next! The Lights Out are definitely someone you should know and One To Watch in 2012.