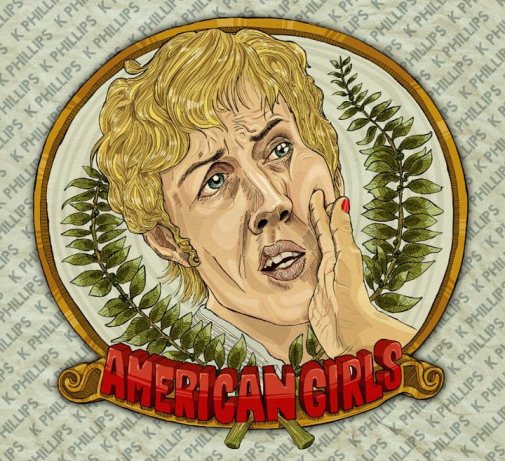 BEST OF 2012 ALBUM SELECTION - “This is a song about college whores and small-time drug dealers. I know because I was both,” K Phillips says just before launching into “Not My Baby Anymore.” There’s a decent crowd on a Tuesday night and they all get a chuckle from the singer’s wry humor before the laughter turns into a compulsive, rhythmic head-nodding.
The band assembled for the night’s performance is an all-star up-and-coming Austin lineup, including guitarist/vocalist Daniel Thomas Phipps and lead guitarist Jeremy Menking from The Kinfolk, drummer Dusty Saxton, in his first appearance with the Concho Pearls, and Stephanie Briggs, from Little Brave, on bass and vocals. The group performs the songs with a soulful swagger that’s difficult not to appreciate, and exemplify the connection between musicianship and mutual respect. To bring the album to life, they’ve also brought in Austin’s Smokestack Horns, which adds another layer of texture and soul to the songs. 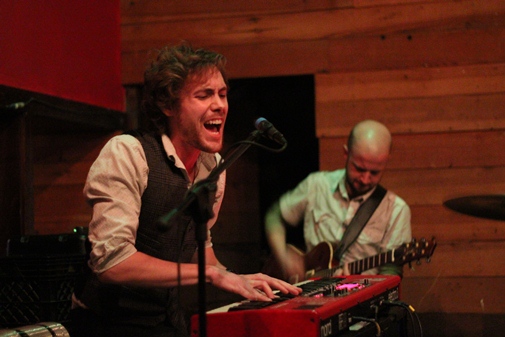 Tim Slusher photo
Before he took the stage with his band, the Concho Pearls, I sat with Phillips on a curb in the parking lot outside Threadgill’s South in Austin, Texas. Clad in denim, holding a beer and a bummed cigarette, there was a look of contemplation as he worked through the methods and motivations of making his new album, American Girls. “It took four days to record and a year and a half to get it out,” Phillips explains. “We wanted to use the best engineer and the best studio, so we just had to wait.”
After self-releasing seven albums, American Girls is his first backed by a label - John Pettit’s Rancho Azul Records. It was produced by Pat Manske, who’s worked with Texas music stalwarts like Robert Earl Keen, Ray Wylie Hubbard and Joe Ely, and the musicians involved are just as impressive, including Rick Richards (Joe Walsh), Jimmy Pettit (The FlatLanders) and Bobby Keys (The Rolling Stones). 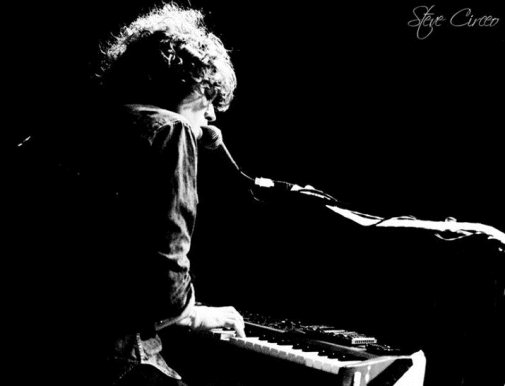 Before performing his sexually-charged rocker, “Rambler,” Phillips recites his adaptation of the e.e. cummings’ poem “The Boys I Mean” with musical punctuation that riles the crowd up in anticipation. It’s a nod to both his literary side and his love of the visceral. (“The Pearls I Mean” was excluded from the album because the rights’ holder of the poem, W.W. Norton never responded to his inquiry about including it.)
While it took over a year to get the actual album released, some of the songs are much older, stretching back to Phillips’ college days at Texas Lutheran, where he switched his major from English to pottery because he was tired of writing papers. “I got to the end of it, and you have to take what they call a ‘senior seminar’ to prove that you can do your major before they will actually give you the degree,” he explains. “And I was like, ‘Can I just write a paper?’” After some negotiation, he ended up writing and recording an album of songs about pottery, including the playful “Does It Hold Water” about a potter who loses his girlfriend to painter Bob Ross.
As show-time draws nearer, Phillips expresses his apprehension about being the leader of a band, of being in the spotlight. When not fronting the Concho Pearls, he earns a paycheck as a hired gun, working as a sideman for other acts, such as Brandon Jenkins, Javi Garcia and the Cold Cold Ground, Seth James, and even his girlfriend’s band, Little Brave, and it’s a role he’s comfortable with. “I feel like there is a lot to learn from every artist that I agree to play for. I like to have the freedom to just play and not have to sing and be the host, sometimes. I can just sit there at the keys and play. I don't have to smile, I don't have to talk, I can just play.”

We get word that the opening band is about to play their last song. Before we head inside, I ask Phillips what he wants the audience to take away from his show. “At least a hundred dollars worth of merch,” he jokes, before answering earnestly, “I wrote these songs because this bullshit really happened and it was hard for me to deal with. What I want fans to take away is…I want them to be able to put on the album when they’re going through the same thing. I want it to help them get through it, too.”
K Phillips
Album / Web / Fb / Tw