On Further Review
by Cara Giaimo
in stores now 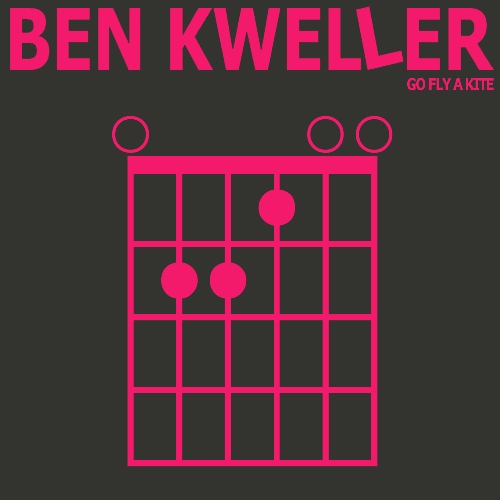 The title of this one pretty much says it all. Crack open Ben Kweller’s new album and you’ll find sunshine, breezes, skies patched with colorful squares, and a dab – just a teaspoon – of snark. Kweller has reliably turned out perfect collections of power-pop since he was in middle school, here and there letting in a squall of punk or a country stomp, but generally sticking to well-tread chords and instrumentation and a tried-and-true vibe. Go Fly A Kite (The Noise Company - Ben's own label) is no exception – it’s stocked with three-minute chunks of guitar, bass, piano, drums, and the occasional organ or horn section, all combined in familiar ways. It’s musical terrain currently occupied by artists like Brendan Benson, Ben Folds, and even sometimes (especially as Kweller continues to embrace the piano) Billy Joel.

Like those artists, though, Kweller’s got some tricks that elevate his music above stock status. For one thing, his arrangements just get better and better – “Free” is propelled by a swaying blues riff that would have been relegated to the intro of another person’s song but holds the spotlight well, and the violins at the end of “The Rainbow” could melt ice caps. Then there’s his lyrical style – although Kweller now mines more traditional subject matter than he used to, his off-kilter phrases help uncover new facets of topics like jealousy, loneliness, and gossip. In his songs, a girlfriend leads her boyfriend through a “wheezy night,” some girls are unbiteable, and Lady Luck wants a little action. Once in a while there’s a moment of philosophy, presented so plainly you might miss it – “be sure that you want to be free,” he warns on album standout “Free;” “black cat livin’ across the way/got more in him than we could ever say,” he reminds us on opener “Mean to Me.” “I Miss You,” Kweller’s unabashed take on the old “woe-is-me-I’m-on-tour-and-away-from-my-loved-ones” saw, transcends the genre by turning its usual sappiness inside out and making a direct, even harsh appeal to his subject. “I still miss you, you don’t even care and that’s what’s scarin’ me,” he sings resignedly, the instruments catching his voice when it sweetly falters.
Ben Kweller 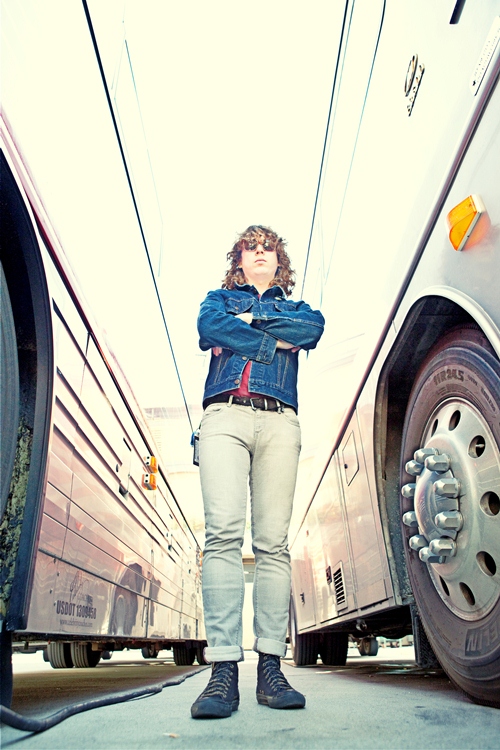 Kevin Baldes photo
That voice is his best trick, although trick is probably the wrong word. Kweller can’t sound anything but earnest, whether he’s pledging his eternal friendship during a slow ballad or barking nonsensical city imagery over a rambunctious piano. Maybe it’s because he grew up writing and playing songs, but you get the sense that he really did learn all of his first life lessons – moral, emotional, and musical – in front of a microphone, and he’s bound to pass them on in the same way. Not by preaching, cajoling, or showing off, just by living, matter-of-fact and present, in every word he sings. And when someone believes in his songs that much, it’s worth taking them out for a spin.
Ben Kweller
Web / Fb / Tw