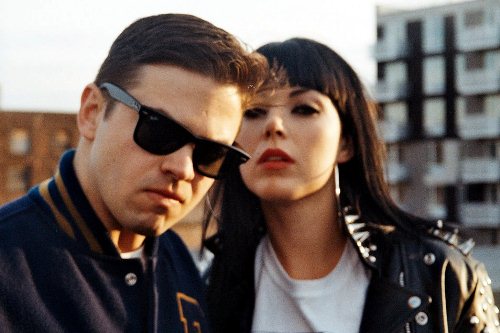 EARS ARE STILL RINGING - Chances are you’ve heard Sleigh Bells, even if you haven’t heard of them. I say this because when they brought their incinerating noise pop to the Royale two years ago, I’m pretty sure windows broke all the way from Quincy to Malden. There are louder bands out there, but none place such a premium on keeping the needle in the red. On Reign of Terror, the duo keep doing what they’ve always done best – taking the wall of sound and setting it on fire – but this time, instead of just a straight-up blaze, they let in some smoke and ashes too. There’s a range of emotion in this album that wasn’t present on their first album (2009’s Treats) as well as a new musical complexity. Turns out, if you’re good enough, plain old loudness can speak volumes.
Sleigh Bells - Reign of Terror
INCORPORATING EMOTION - On Treats, Sleigh Bells mostly used their decibels to strut or to shout cryptic strings of words. That was great, but critics and fans were excited by one song, “Rill Rill,” that seemed to predict a more diverse sonic and thematic future for the band. True to that song’s promise, Reign of Terror sees Krauss and Miller using their instruments to brag, flirt, cajole, apologize, comfort, and predict doomsday. Album standout “Demons” finds Krauss convincingly calling up a squadron of the title creatures while Miller aurally arms them with detonators, sirens, and reverb-soaked machine guns. It has the over-the-top catchiness of any of their earlier stuff, but ends in a pileup that would have been beyond the reach of the band three years ago. “You Lost Me” is practically a ballad, while first single “Comeback Kid” lets Krauss reel out a melody she describes as “straight R&B.” She ducks around the guitar like a boxer and lands every punch, and the result is more overtly encouraging than anything on the cheerleading-themed Treats.
The New One... 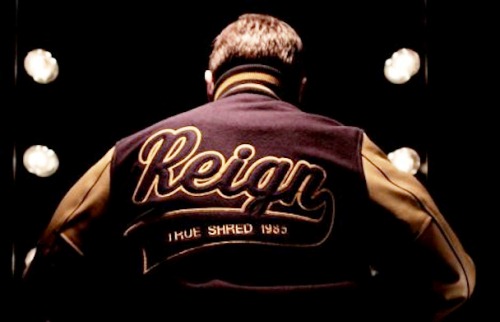 VOLUME'S THE THING... - This time the pom-poms are in there for a specific reason. Reign of Terror was written in response to a recent onslaught of tragedies in guitarist Derek Miller’s family, and shades of fear and frustration definitely darken the album. It’s not a downer, though – instead, the negativity is offset (and even made endearing) by the band’s bombast. Just skim the track list, which reads like a table of contents for a Goosebumps book, and you’ll see what I mean: “Never Say Die,” “D.O.A.,” “Road to Hell.” Or take “Born to Lose,” which has Miller running from his own destructive thoughts and ultimately finding some kind of escape. “Heard you say suicide in your sleep, just get on with it,” taunts Krauss, exhaling between Miller’s heavy guitar steps like the devil on his shoulder. That guitar eventually carries him out of danger, and the song ends with forty seconds of buzz laid over introspective strumming, like a wash of hope and lactic acid. I have a feeling it’ll get added to a lot of bad day playlists. Before, I knew I could call up Sleigh Bells if I ever wanted to party, but I had no idea I could lean on them in the tough times, too. It’s time to get on board with what Krauss and Miller learned long ago – there’s nothing a little true shred guitar can’t cure.
Sleigh Bells
Web / My / Fb / Tw
Email Post
Labels: Cara Giaimo Loud New Album Reign of Terror