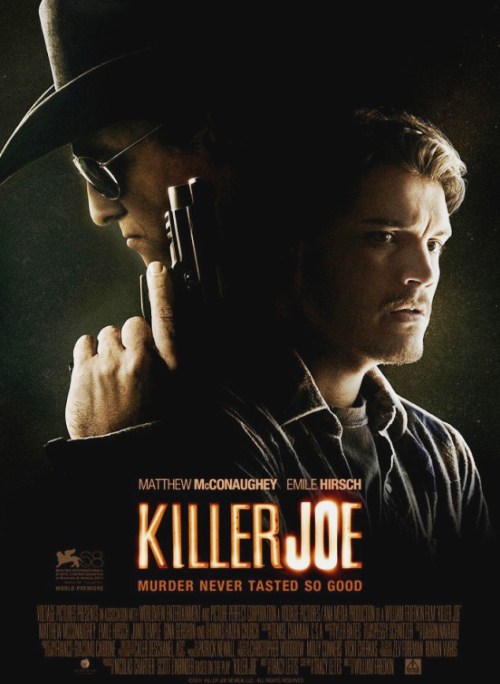 Independent Film @ SxSW 2012 - Every so often, you come across a film that causes you to pause and then shake your head in disbelief. I was fortunate enough to catch the screening of KILLER JOE at SXSW. Acclaimed director William Friedkin (The French Connection, The Exorcist) turns writer Tracy Letts’ screenplay into a brutal and brutally funny reality that needs to be seen to be believed.

The Players - Chris Smith (Emile Hirsch) is a ne’er-do-well from a family of ne’er-do-wells. After his mother steals and sells his coke stash, he finds himself in a desperate situation, so he approaches his father Ansel, (Thomas Haden Church) with a plan to kill her. Chris explains that his mother has a $50,000 life insurance policy and the beneficiary is his sister, the simple or at least, somewhat off, Dottie (Juno Temple.) Chris has been told about a dirty Dallas cop who kills people on the side, Killer Joe Cooper (Matthew McConaughey) who will do the job for $20,000. The plan is to collect the money and pay Killer Joe after the job is done, then split the remainder four ways, as Ansel insists that Chris’ stepmother, Sharla (Gina Gershon) gets a share. 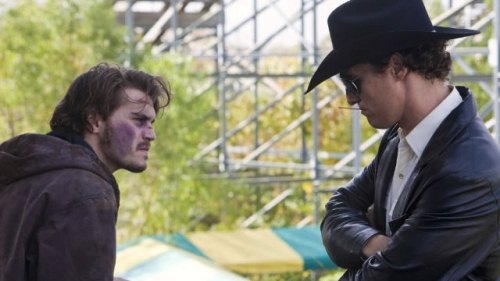 The Stakes - The meeting with Killer Joe is arranged and Chris and Ansel are informed that payment is due up front. The deal is off until Joe decides he can accept a retainer…Chris’ sister, Dottie. Chris and Ansel reluctantly agree to the arrangement and offer the girl as collateral against the debt. Joe is clearly smitten with Dottie who exudes a simplistic sexuality and the two become lovers.

Meanwhile, the debt Chris owes to local bad man Digger Soames comes due, and a couple of his thugs deliver the message. There’s an odd and unhealthy affection between Chris and his sister which causes him to question going through with the deal to kill his mother. He can’t stand to see Dottie with Killer Joe, but he follows through with the plan. 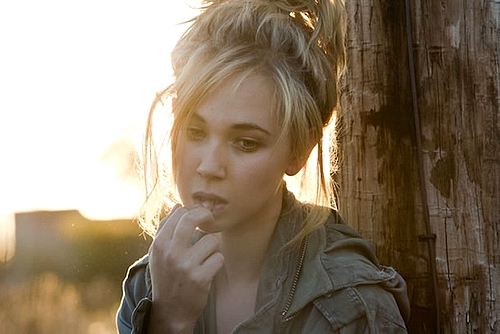 Spoiler Alert! - The hitch comes after the hit is completed and the Smiths find out they were set up by Rex, the mother’s boyfriend, and secret lover of Sharla, and what unfolds in the wake of that revelation must truly be seen, not read.
All of the actors in the film give top-notch performances. McConaughey is at his best playing the cold-blooded killer and Church, Gershon and Hirsch combine to play the perfect moronic, white-trash clan. The humor is black and delivered with deadpan sincerity. Juno Temple is the only actor of the primary crew that I wasn’t familiar with, but her performance as the troubled Dottie was captivating. 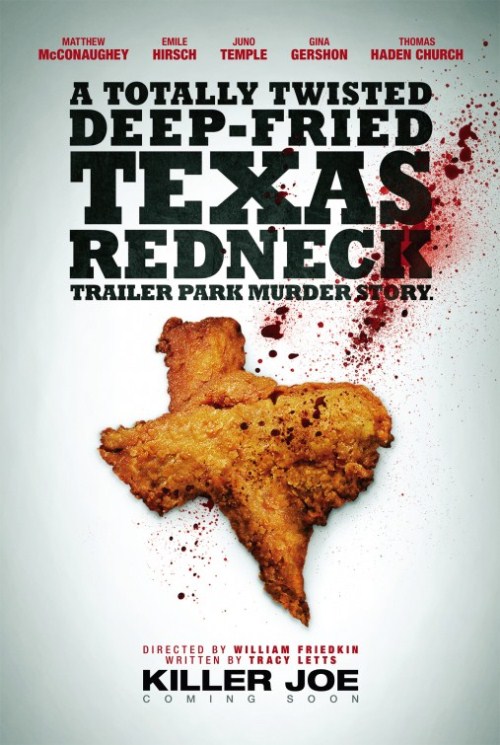 Likely To Achieve Cult Classic Status - The film carries an NC-17 rating, and it earns every bit of it. Strong language, nudity and graphic violence prevail throughout the entire movie, but not once did I feel it was ever out of place. Everything works in the context of the film and you’ll find yourself talking about it for years to come. Highly Recommended!