CONFIRMED TO PLAY - Dave Godowsky’s amazing, "All You Love Is Need," was recorded at Bon Iver’s studio, April Base, and engineered by Nate Vernon. Billboard calls his songs "literate and heartstring-tugging" and the Boston Globe calls the album (which was just re-imagined and re-released - and even more perfect), "sublime."
Announcing... 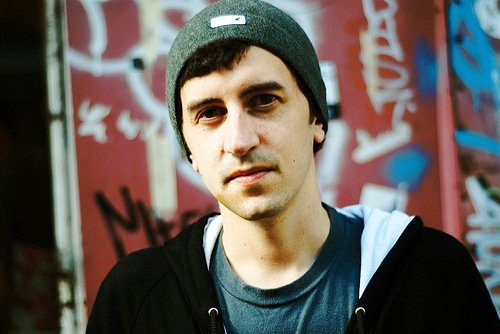 All You Love is Need is currently being given away on a "name-your-own-price" basis. The record features some pretty great musicians: Jeremy Boettcher (bass), Ben Lester (drums), and John DeHaven (trumpet). I've been listening to this all morning today. (For newbie hipsters, heartbroken lovers and anyone needing a break from life's assault on our senses, this is one hell of a way to unwind and celebrate existence.)
I first met Dave in Boston about four years ago. I would catch him playing intimate nights at private parties and at larger shows with a string quartet.. We had many friends in common and always ended up running into one another at shows -- the man's a music enthusiast and a kindred spirit. Godowsky currently resides in NYC, where he recently launched a series of charity-based concerts called "noncerts." The inaugural event included Gene Ween, Hamilton Leithauser (of The Walkmen), and David Dondero, and raised thousands of dollars for music funding at public schools in Brooklyn.
HEADED TO AUSTIN - Just got off the phone with Adam. We are really, really happy to have Dave with us at The Outlaw Roadshow.. It's funny to listen to as much as we both do and to have a viscerally powerful response to such peaceful, beautiful music... Like getting hit over the head with a golden halo, knocked out with a pillow... but I digress. Dave Godowsky - our only solo artist this year - joins an amazing, free lineup that includes 19 of America's best contemporary acts playing our three stages over seven hours. If you find yourself in Austin this year for SxSW, you know where to go! RSVP at http://bit.ly/AustinwiththeOutlaws