On Further Review...
by Chris Fullerton
Chris Fullerton is a Music & Film writer.
He lives in Austin, Texas.
It took me three good listens to Lucero’s latest offering Women & Work to realize it was a concept album. The story follows a lovesick man on his quest for redemption. It’s a story of hope and regret as he meanders through a drunken Saturday night, trying to find that lost connection.

The overall sound of Women & Work differs greatly from earlier Lucero albums. They’ve moved beyond the moody alt.-country genre and embraced Memphis-soul, a fuller, richer sound, accentuated by horns and more prominent piano. It’s a nice marriage with Nichols gravelly voice. I think it works well and I applaud the band for expanding into other styles while still maintaining the things fans love most about them. 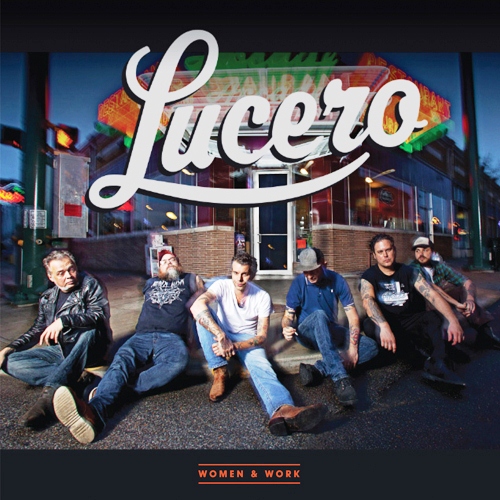 BEST OF 2012 ALBUM SELECTION - The opening tracks, “Downtown (Intro)” and “On My Way Downtown” kick off the story, with a hopeful invitation to “come on down tonight.” Singer Ben Nichols’ voice is warm and raspy and the band builds to a steady, shoulder-shaking groove as he pleads, “The last time we drank, I was less than behaved, but I said that I would make up for those days.” The titular track finds our protagonist tying one on with a younger companion, offering sage advice about life, women and work…just drink’em down and let it go. The song is kept afloat by Rick Steff’s honky-tonk piano and a chorus of horns.
On “It May Be Too Late” the mood becomes more sullen, as he recounts how he’s been sitting there all night saving a seat for a woman who will probably not show up. Nichols croons a regretful tune about being beyond redemption for his past transgressions and he’s looking for a sign that he’s wrong.

The mood lightens back up for “Juniper” and “Who You Waiting On?” The former, a barroom dance-floor swinger, laced with quirky metaphors wooing a girl who “looks like a superhero down on her luck.” The latter is a soulful, straight-forward negotiation between two people who seem to be waiting for people who aren’t showing up. There’s a playfulness that’s not often seen in Lucero songs. 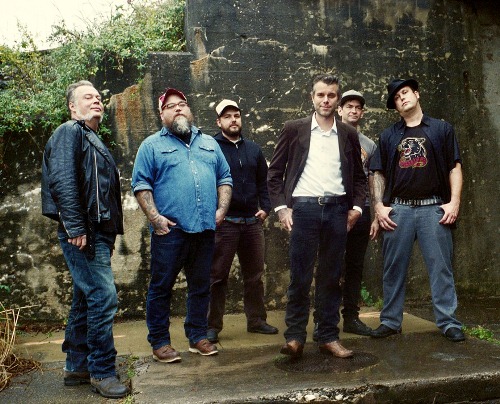 The second half of the album sees a sudden turn in tone. “I Can’t Stand To Leave You” is dark and brooding. The narrator has finally succumbed to the gravity of the situation, the heartache and booze mix to make a painful cocktail and the desperation pours through Nichols’ lyrics. “When I Was Young” and “Sometimes” take stock of a life lived long ago. Lines like “I was fierce and wild in love, when I was young” and “the ghosts down those empty roads, they all know my name” exemplify the reflection most of us have found after a night of drinking away memories only to have them come flooding back.

The desired result of reflection should be wisdom, and “Like Lightning” picks up the pace, again fueled by horns and piano, offering a burst of optimism. Our narrator lists off all the seedy places that his woman isn’t and how he’s going to find her and make things right. He’s learned his lesson and he’s passing it along. “Don’t go wasting lightning. Don’t go wasting time. That girl down the road, she ain’t the waiting kind.”

The album opened with an invitation, but closes with a promise. “The storm is coming home, but I’ll keep you safe.” Nichols is joined by a choir and it gives the song a joyous, almost gospel feel. It brings a satisfying closure to this story. This is a definite must-have album, destined for many “best of” lists at the end of 2012.
Tour Dates