Atlas Sound at the Paradise 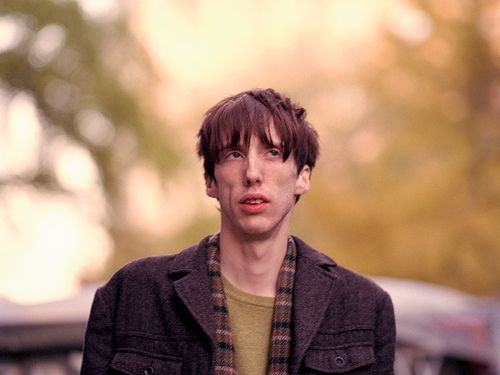 Everything about Bradford Cox is long. He’s tall enough that he doesn’t really need a stage. He throws out such a far-reaching aura that he probably doesn’t even need a concert hall – if he were to unpack his guitar and his yawp of a voice in the middle of a field, villagers would be drawn from miles around and birds would settle on his pointed shoulders. He folds his arms around his guitar like a spider wrapping a fly, and his fingers stumble over the frets like a gangly teenager. Live, he even stretches his songs out, spinning the 3-minute forays of his albums into reverb-soaked sagas, with buildups and teardowns and valleys and peaks. And alone under the Paradise’s swampy stage lights, he throws a shadow like a redwood. [Editor's Note: Painting perhaps a more perfect picture, take a look at this Interview Magazine photo shoot.]

The internet’s reach is long, too, and reports of Cox’s onstage antics – black ski masks, preteen doppelgangers, an hour-long cover of “My Sharona” – got the Pitchfork-reading public out of their dorm rooms. The ‘Dise was stuffed to the gills; the air was thick with expectation and exhaled PBR vapors. Five hundred trigger fingers loomed over five hundred iPhone “record” buttons. Cox wasn’t biting. He ambled onstage between openers and slouched against the wall, eating from a sleeve of Saltines. He wore a Hawaiian-style shirt patterned with happy skiers, a little bone on a chain around his neck, and sometimes sunglasses. He brought the second opener a bottle of wine.
During a break in the middle of his set, he teased the crowd. “It’s the last night of tour, people,” he said. “Anything could happen.” He paused, then swayed back into the microphone. “But it probably won’t.”

Cover of the latest from Atlas Sound: Parallax 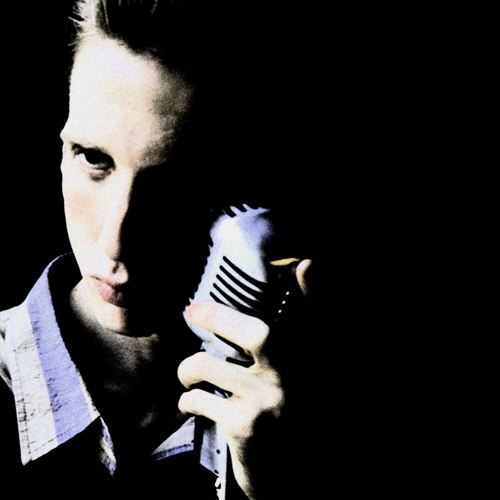 It would take a deaf or an incredibly spoiled person to attend an Atlas Sound show and say that anything less than Something happened. In fact, one of the coolest things about his shows is that everything happens in front of you, all laid out so that it’s possible to follow along. Cox, with the help of a small quiver of instruments and an arsenal of pedals, constructs his songs onstage from the bottom up, layering sound upon tricked out sound until recognizable forms emerge. Half the fun is waiting for the alchemical moment, and Cox knows it. He teased the audience with the swoon of notes that tethers “Te Amo” for what felt like forever, loosing them from his pedal board in repeating clusters. When he finally strung the phrases together, they cascaded over everyone in long-awaited waves.

He kept that spell alive for entire songs, often by pushing them into new places. He constructed a background reminiscent of a string section before singing a word of “Amplifiers,” bringing it in and out throughout the song to sinister and cinematic effect. “Walkabout,” which on Logos is cheerful and tinged with nostalgia, was damped into a melancholy folk tune, punctuated by mournful harmonica blasts. Much of every song was dedicated to sonic exploration, with Cox improvising intros and tangents and digressions on the spot. It might be literally difficult for Cox to play music – the same condition that makes him so tall has attendant cardiovascular effects – and he imbued many of his notes with life-or-death weight. It was communication too pure for words. 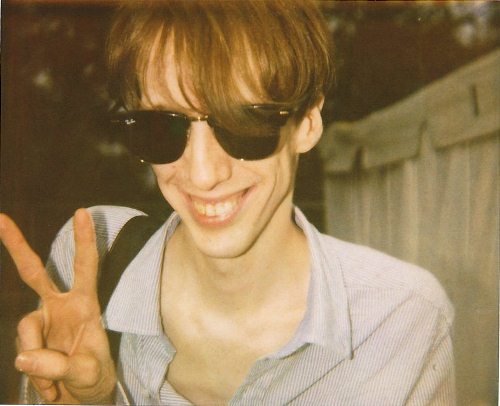 Some were spellbound the whole time, but others seemed so focused on getting a scandal of their own that the amazing things going on around them went unnoticed. This wasn’t lost on Cox, who suffered through catcalls of “My Sharona” between songs, and who eventually decided to give the people what they wanted and get something from them, too. Neil Young’s “Tonight’s the Night” had been the recurring palate-cleanser of the show – Cox had played a minute or so of it a couple of times during the night – and when he started it up again at the end, I figured he’d move on soon enough.. Instead, he focused all his weapons on it and blew it out of the water. He sang, shredded, and soloed it into submission.
He gradually brought out more and more of his opening musicians until he was backed by a full band, and then conducted them. He stuck a full cover of “I Wanna Be Your Dog” in the middle of it, after preventing a shoving match in the audience with a wave of his hand. He got us all to sing the chorus, and then purred “louder!” and “harder!” into the microphone until we were shouting it instead. We all screamed “TONIGHT’S THE NIGHT” so many times that it turned into a koan. And if, at the beginning of it, we had thought “I can’t wait to tell my friends about what a nut Bradford Cox is,” by the end we were all nuts too, and much too raw-throated to say anything about it.