an Appreciation for Cloud Nothings

On Further Review
by Cara Giaimo
the new album 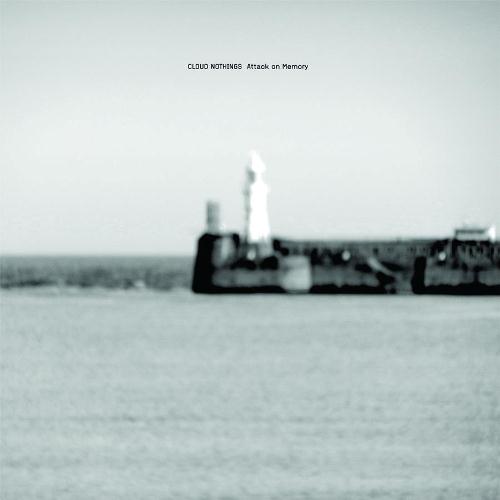 A WRITER'S CONNECTION - My first Cloud Nothings album was sent to me in cassette form, accompanied by a handwritten thank you note from the “president” of their then-label and two sheets of stickers from In-n-Out Burger. It was a package befitting an act that started in a dorm room (as a way for band mastermind Dylan Baldi to kill time between classes) and still consisted of an eighteen-year-old messing around in his parents’ basement. I got their second album from my college radio station, right around the time Baldi and his newly expanded band were touring America and Europe, playing sets of Baldi’s pop-punk songs to audiences that had been drawn in by blogs and, well, college radio. Although the band had grown, the album template stayed the same – full of short, sweet and gritty mouthfuls, like a bag of gummy bears dropped on the beach. 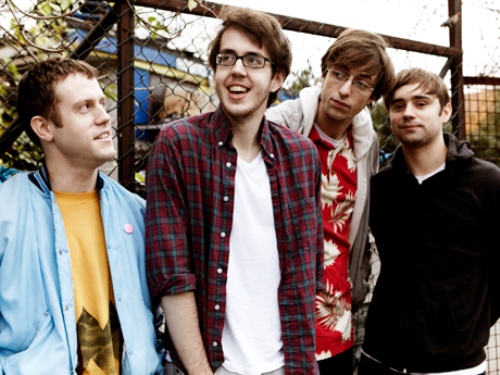 Gemma Harris photo
THE NEW EFFORT - Fast forward to their third album, which I found in the front display of a big-name record store. Even just looking at the album artwork (a long view of a gray-washed pier) or the track names (“No Future/No Past,” “Stay Useless,” “Wasted Days”) I knew I was in for something different. Somewhere along their evolution from Nothing to Cloud, the band gathered a whole lot of thunder. The result is a sonic distillation of growing pains, pure raw adolescence in eight tracks. The guitars snarl, the bass paces fretfully around the room, the drums sit in the corner and then throw a sudden temper tantrum. Meanwhile, Baldi’s voice, much stronger and more upfront than on previous records, pulls selectively from the pop-emo history books – he combines the ennuic delivery of Kurt Cobain, the enraged snottiness of Billie Joe Armstrong, and the melodic embroidering of Rivers Cuomo with his own raw-throated howl, to great effect. His lyrics have always touched on themes of insecurity and not fitting in, but now they’re all angst, all the time. “I thought I would be more than this,” Bardi yells over and over on “Wasted Days” – an unfounded sentiment when you consider his actual life, but churned into such a catharsis of repetition that it’s impossible to argue with. No more gummy bears here. 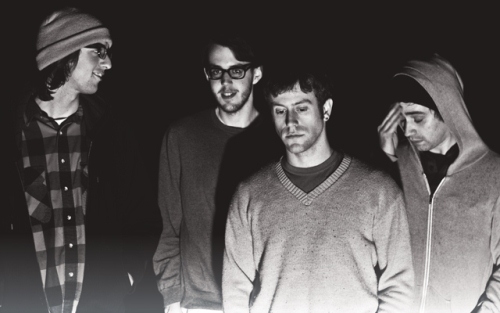 You don’t have to have followed Cloud Nothings since their vapor days to appreciate Attack on Memory – indeed, the very title of the album, along with some comments Baldi has made in interviews, suggest that he’d rather you forgot all about what came before. And you also don’t really need to know the circumstances of its creation, the fact that the band decided to outgrow Baldi’s deep but bounded headspace and all write their own parts for the first time, or that producer Steve Albini added his signature non-touch, spending most of the recording sessions playing Facebook Scrabble. But these details lay the album’s philosophical groundwork; the kids are stripped down and left on their own, facing the wider world. They also help to explain its sound – Albini scraped away the fuzz of the earlier albums until he got down to an intense, floor-shaking core, and all the band members have written themselves permission to be more experimental, more spontaneous, and more individually spotlit. When they solo, I picture them wrestling their past songs to the ground like little brothers.

But despite their newfound freedom, and the power it affords them, Cloud Nothings would do well to remember their past. The best track on the new record, a love/hate missive called “Cut You,” combines the hooks and sweetness of their previous work with the honesty and strength of the new stuff. It doesn’t hide behind fuzz, but it also doesn’t mess around with overly long instrumental sections, which show up on other tracks on the record and can feel self-indulgent. Here’s hoping that as this band continues to grow, it takes all its former selves with it. Until then, it’s great fun to stand in Attack On Memory’s storm.
Cloud Nothings
Album / Web / Fb / My / Tw

Thank you for posting about Cloud Nothings - Attack On Memory.

Now, admittedly, I have hopped on the Cloud Nothings bandwagon late, and my introduction to them was in fact Attack On Memory, which I have been playing on repeat since stumbling across a review of it in RS.

So I will not act like I am some Cloud Nothings expert, but it is definitely one of the best Rock albums to come out in a long time along with The Joy Formidable's "The Big Roar."

This post actually inspired me to go back and check out Cloud Nothings' prior albums. I dig the older stuff as well, but like you said it is definitely more poppy and bright sounding, however it still retains that real Rock edge. I can safely say that if I had not listened to Attack On Memory first and known where Cloud Nothings were heading musically before checking out their previous work, I would not have enjoyed the older albums as much. I can appreciate the previous music and dig into it more now knowing what the Cloud Nothings are.

I also have to respectfully disagree with your thought on the instrumental sections on the record. I never felt like they were too long or over-the-top while lsitening, and I think that they actually show an admirable amount of restraint during these sections that are meant to add tension to the songs, which they do achieve.

The Cloud Nothings and Attack On Memory are a breath of fresh air for me. First off, it is refreshing to see a band that is developing naturally (not due to gimmicks) while proving that the music is still what is most important. They are definitely building a career by taking the slow burn apporach and not concerning themselves with instant fame built upon unfounded hype. As for Attack On Memory, it is awesome to hear a record that is not cookie cutter and where each track has its own distinct personality. The album opener "No Future/No Past" has Radiohead overtones in the initial vocal delivery and effect, while it later morphs into Cobain territory in terms of angst and rage (which you so accurately described.) And then, tracks like "Stay Useless" remind of The Stroke at certain points with their infectious hooks and upbeat tempos.

Overall, thank you for this post and your analysis/background which lead me to delve into their previous releases. Cloud Nothings is a band that truly deserves the praise and ink they are getting.

Keep up the good work, and I will definitely be following your future posts to see what else you are enjoying!

PS And any band would be lucky to have Steve Albini in the studio playing Facebook Scrabble.
14.3.12