Tijuana Sweetheart - Under the Gun 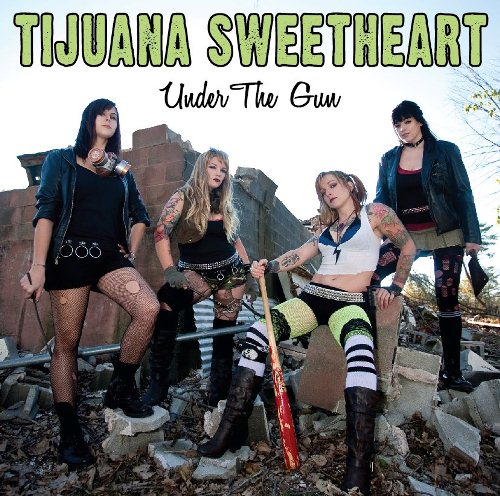 Boston has seen its music scene thrive and then die off only to be revived like some Dr. Frankenstein experiment. It's seen the volume up loud for rock acts and then over the course of the last five years, the scene has rapidly changed from a rock-centric scene where punk's legacy roamed in our veins to an alt-country and folk hotbed. Here and there sprinklings of experimental indie bands and keyboard bands have emerged to change our sonic landscape. Rock is hard to kill off and this is after all, Boston. If nothing else, an all-girl punk rock band could help re-ignite our collective spirits.
There's much to like on Tijuana Sweetheart's "Under the Gun" (self-released today 2/18) - the band buck the trend of acts going lighter and provide a powerful and creative model for a new generation of girl bands (is there such a thing anymore?) I find I'm drawn to both their creative, sexual energy and their indomitable will to make the record they want and, well, fuck off if you don't like it. We live in a far too PC world these days. I'm just glad I'm in a place in which such efforts can be celebrated at full volume and with stage makeup to match. 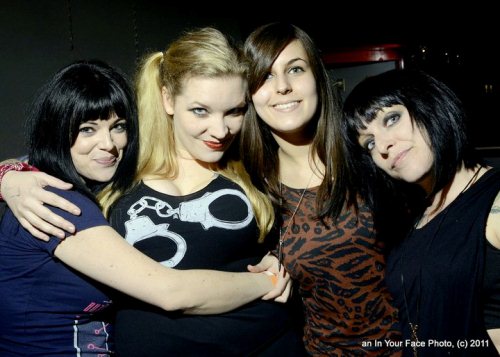 Tonight at Great Scott - Tijuana Sweetheart unleash this fierce record. They'll find themselves in the midst of a volume-friendly, hard rockin' set with The Ducky Boys (also have a new album!), Hudson Falcons, and Energy. FACEBOOK RSVP (21+ $12, omg a Rush reference?) Maybe there is hope for rock's future. Tonight, we go out with a bang with Tijuana Sweetheart! Bring a few bucks and walk away with the record.