INTRODUCING - Babeshadow are renegades; an anti-modernist calypso-pop outfit that fits perfectly into the London indie scene… they're letting the music speak for itself.

This means, shocking as it is given the current state of the music industry, no Twitter updates to let fans know what they're eating for breakfast, no synths or even guitar effects peddles feature in their Buddy Holly inspired music.

But despite shrugging off new media technologies and being relatively new to the scene, the Babeshadow duo of Tom Cawte and David Thornley have already signed with LuvLuvLuv Records, toured with Florence and the Machine and played live at Maida Vale as part of BBC Introducing. 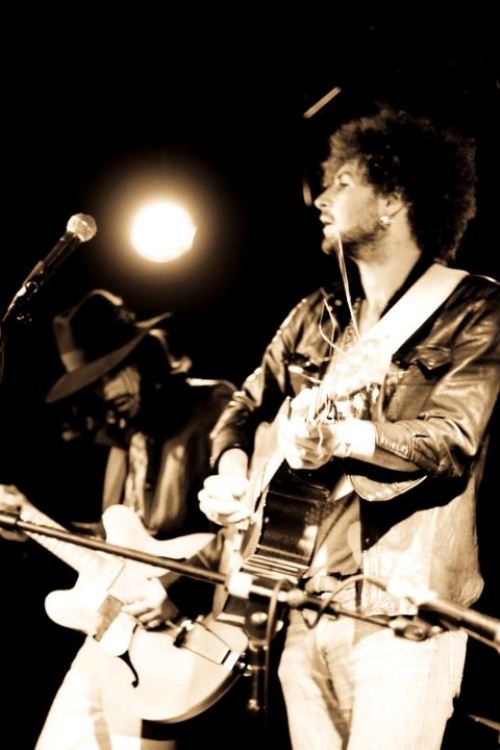 Cawte, lead singer, is almost always wearing a vest or suit jacket that looks as though it may have been reformed from your nan's curtains, whilst guitarist Thornley has an obvious penchant for Pete Doherty-style headgear. Their fresh, laid-back style of guitar plucking and rudimentary accordion backings makes their new EP fresh enough to stand-out from the crowd without becoming part of the 'trying-to-hard' London gimmick-band crowd.

RECOMMENDED MATERIAL - The full-length "Days of Old / For Me" [iTunes] as well as the "Sea Serpants" four-track EP (named after its lead track) [iTunes] demonstrate Babeshadow's propensity to create carefully sculpted summer anthems, neo-love songs filled with harmonies and up-tempo plucky guitar thrashing. The EP is also available, unsurprisingly, on 10" vinyl on the band's website.

The track 'Sea Serpents' has won national airplay here in England and, for reasons that are somewhat unclear, seems to be a hit on many shop playlists in supermarkets and beauty treatment outlets as well. 'For Me' follows suit introducing us to a buzzing accordion sound that compliments the high-pitched electric guitar plucking perfectly, whilst 'Darling' and 'Heart' show a laid-back and more introspective side to the band. 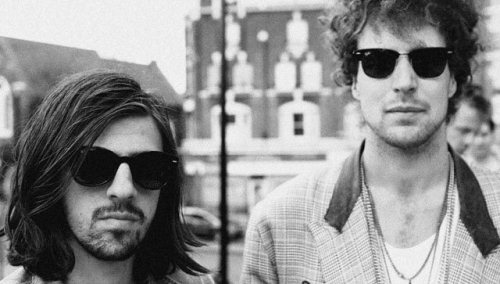 I miss the days when Rock stars were still Rock stars, and we didn't know every single thing they were doing at every single moment. I enjoyed the mystery that surrounded some of our favorite artists that made them seem larger than life and not like everyone else. I miss when huge bands roamed the earth and seemed above everything. They made us wonder how cool their lives must really be and let our imaginations run wild about what sweet shit they must be doing constantly that was way cooler than whatever we were doing at the moment.

Trent Reznor talked about this very idea back when he gave up social media for a little bit. He talked about he couldn't participate in social media like everyone else because he has a certain level of celebrity and mystery about him that people like. People want to view him as a larger than life figure, and he obliged them.

He had some really cool things to say that you can read here: http://www.hypebot.com/hypebot/2010/09/why-trent-reznor-cant-use-social-networks-media.html

But as for Babeshadow, I am happy that the anti-social media approach is working for them, and I think it will set them up for success over the long haul. They are growing naturally on the strength of their music, hard work, and word of mouth and not due to social media trickery.

It is very admirable and hopefully more people take note.
17.2.12