On Further Review
by Julie Stoller
It dawns like an early morning sunrise, with chorus, piano and strings drawing a pastoral scene. Punctuated by organ chords and soft percussive flourishes, the introduction is somberly recited by a man who is both observer and observed. I was laughing and in tears at the first song. But that’s about right, isn’t it? This is Leonard Cohen.
new release! 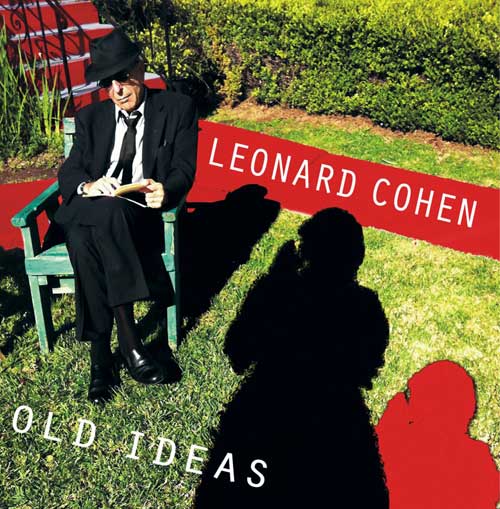 For “Old Ideas,” Cohen’s first new album since 2004 (studio album #12), the production is clean, crisp and sparse, with sharp focus on the vocals and lyrical content. The instrumentation is gorgeous and masterful, both in its placement and its execution. Classical and flamenco-style acoustic guitar, banjo, piano, organ, violin, soft percussion, muted trumpet, harmonica – all drift in and out in a beautifully choreographed ballet, making subtle, tasteful and delightful appearances.

A Best of 2012 Album Nominee - “Going Home” is sweetly sentimental and hilarious. It’s a poem to Leonard from God, and quite a succinct appraisal it is of Cohen’s life work and raison d'être. It’s poignant self-observation under a strongly powered microscope (“I love to speak with Leonard / He’s a sportsman and a shepherd / He’s a lazy bastard living in a suit… He will speak these words of wisdom / like a sage, a man of vision / though he knows he’s really nothing / but the brief elaboration of a tube.”).

It’s something in the juxtaposition of the sacred and the profane. Or perhaps it’s the profanity of the search for enlightenment, the sacredness of sexual longing. There’s something in Leonard Cohen’s work that is so simple, honest, and matter-of-fact, yet so instantly hard-hitting, that his words come as a surprising revelation, like something familiar that you stumble upon after years of it being misplaced.

Accompaniment - Giving sanctification with their choral harmonies are Leonard’s celestial angels - Dana Glover, Sharon Robinson, The Webb Sisters (Hattie and Charley Webb), and Jennifer Warnes. They help to elevate this discourse on Cohen's search for redemption and grace and at the same time, serve as a really cool house band.
Throughout the album, the musical and vocal accompaniment perfectly complements Leonard’s poetry like a woven tapestry. Whether it’s the understated classical piano, strings and serene harmonies of “Going Home,” the softly shuffling Spanish-flavored “Amen,” the slinky honky-tonk blues of “Darkness,” or the old-timey folk of “Banjo,” it’s always perfect.

There are so many “gems” here - think of this album as one honkin’ huge medallion gaudily stuffed full of them. “Banjo” is a sweet little old-timey gospel piece about a busted instrument washing up on the waves, providing some great imagery (“There’s something that I’m watching / means a lot to me / it’s a broken banjo bopping on a dark infested sea”). The soothing balm of “Lullaby,” with its gently caressing vocals, guitar and muted trumpet, is followed by one final song, and here is the one singular problem I have with this album. Though realizing how painstakingly crafted this masterpiece is, I’m sure it’s intentional. 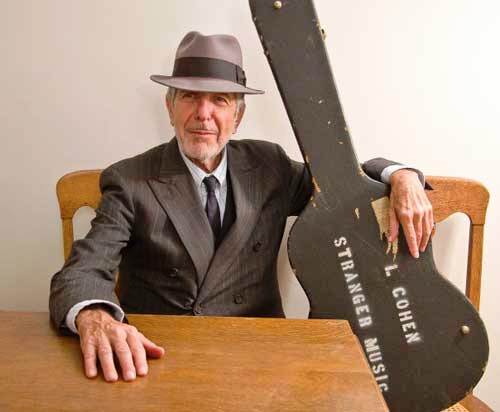 “Different Sides” is an unsettling end. It’s a story of irreconcilable differences, a relationship unable to find common ground (“We find ourselves on different sides / Of a line nobody drew”). What? No sagely insight? No resolution? It feels like unfinished business.

But maybe that’s just the point. There is always unfinished business. “Old Ideas” is a hushed prayer awash in daily concerns. It is a conversation with god, a nod to the ever-present fact of mortality, and to the ever-present temptations and pitfalls of life and love.
Old Ideas With New Friends
VIDEO SERIES - To celebrate Leonard Cohen’s 40th Anniversary in music and the release of "Old Ideas," several artists such as Bradford Cox (Deerhunter), Cults, Cold War Kids and A.C. Newman (New Pornographers) have each recorded a cover of their favorite Leonard Cohen song. [editor's note: What an amazing concept. Leonard Cohen albums are so good they come with their own sidecars of media loaded with talent! RS]