At the Movies: BULLHEAD

Our Film Review
by Chris Fullerton

Imagine The Godfather was set in Belgium and was about cattle farmers. That’s how I would describe 2012 Oscar-nominated film, Bullhead. It’s a simplistic analogy, I suppose, but if it’s enough to motivate someone to see a film they have to read, (the film is in French and Dutch, but is subtitled), then I’ll accept that. 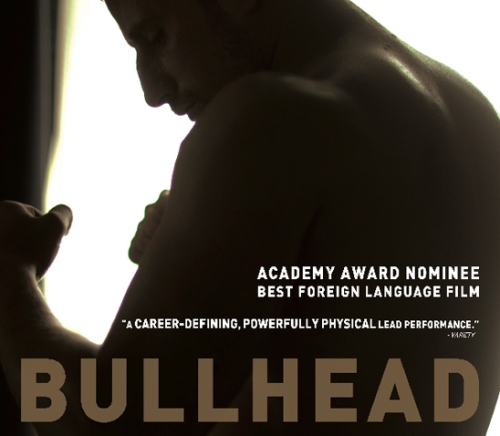 PLOT OF THE FILM - At the heart of the movie is Limburg cattle farmer, Jacky Vanmarsenille, a behemoth of a man, fueled by testosterone and a buried rage. Jacky is enticed into a deal with a notorious beef trader by a veterinarian who is peddling illegal bovine hormones. Through sheer coincidence, the deal also involves a figure from Jacky’s past, police informant Diederik Maes. The appearance of Diederik triggers memories from Jacky’s childhood that lead him down a path of self-destruction.
The murder of a federal policeman makes Jacky hesitant to follow through with the proposed deal with the so-called “hormone mafia,” so he struggles to extricate himself and his family from the situation while also chasing down his inner demons. Diederik, who feels he owes a debt to Jacky, tries to shield the Vanmarsenille family from the police scrutiny that they’ve fallen under. Throw into the mix Jacky’s growing obsession with a beautiful woman connected to the trauma from his childhood and you have the perfect recipe for a complex thriller.
SPELLBINDING - It’s hard to talk about Bullhead without giving away the details that make the movie so riveting the first time you watch it. It is both a crime-drama and an emotionally-intense character study. It offers a glimpse into a world I never knew existed, the illegal hormone trade, which is set up much like our idea of the mafia. I’m not sure if, at first glance, it would be appealing to the mass-American audience, as many people seem skeptical of foreign films, but anyone who truly loves the medium of film should see this movie. There are no big name stars, (Well, they might be huge stars in Europe, I have no idea, but not here in the US.), but the performances are commanding and powerful. Matthias Schoenaerts turn as Jacky is a career-defining performance. The film is beautifully shot and directed by first-time filmmaker Michael R. Roskam, with a never-ending thread of tension that runs throughout. 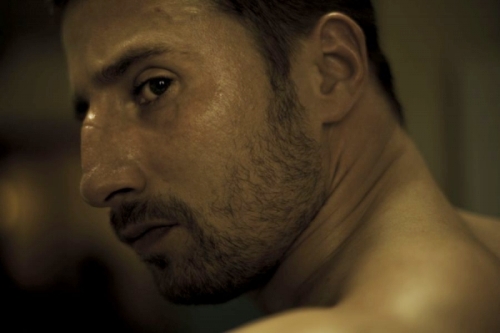 I can only anticipate a watered-down American version at some point, as it’s just too powerful a story not to be exploited by Hollywood. Do yourself a favor, find a theater that’s showing it and settle in for one of the best films of the year.