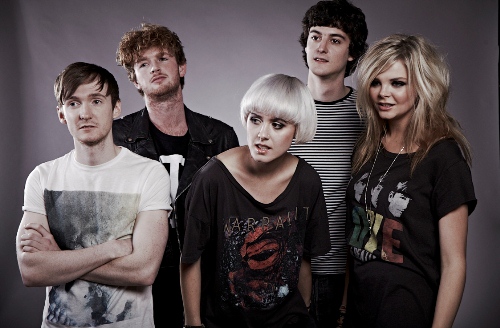 UK SOUNDS - The Arcadian Kicks are a revelation in alternative music. The British-based outfit sit at the very cutting edge of indie-pop music with driving lyrics, haunting guitar riffs and an energetic live set. Led by lead-singer Rebecca Wilson, their sound is dark and yet catchy enough to be grabbing the attention of the mainstream in the UK.

Having signed to One Beat Records recently, the label owned by The Charlatans drummer Jon Brookes, they've been fortunate enough to earn stage-time at Wynchwood Festival as part of BBC Introducing in the past as well as playing Isle Of Wight Festival several times over the last five years.
Turning the Page - Having been on the British scene for the last few years, in 2011 The Kicks took the decision to stop gigging for six months to discover and develop a new sound that ended up bearing resemblance to early Fleetwood Mac mixed with the raw city sounds that have become a trademark in their hometown of Birmingham, UK.
This new material was produced by Mike Chapman (Blondie). The first track 'You Play The Girl', is atmospherically dark and catchy indie-pop crossover that marked their return to the scene with airplay on national radio across the country. 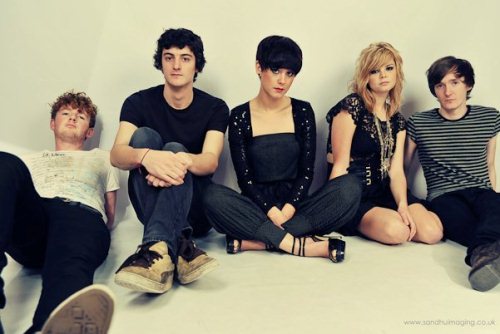 The Arcadian Kicks - I Can't Sleep
It's now being followed by The Arcadian Kicks' latest release, I Wanna Take You Home, which is as edgy as it is current with the band leaning more towards influences like The Horrors and Sonic Youth. The cranked reverb and echoing guitars make for a great new sound that aims to catch new ears.

The following video barely features the band, instead depicting the late night antics of British youth, with a 'girl meets guy' theme choc-full of one-night-stands, smoking and alcohol abuse. Nevertheless it's both sexually charged and very reflective of the sound that The Arcadian Kicks have become known for on the national scene.
One to Watch in 2012 - With multiple tour dates coming up in March the band look to be taking their new sound nationwide, but only time will tell whether their indie-pop sound will capture the imagination of the mainstream national stage.