Get Boarded by PLANETOID 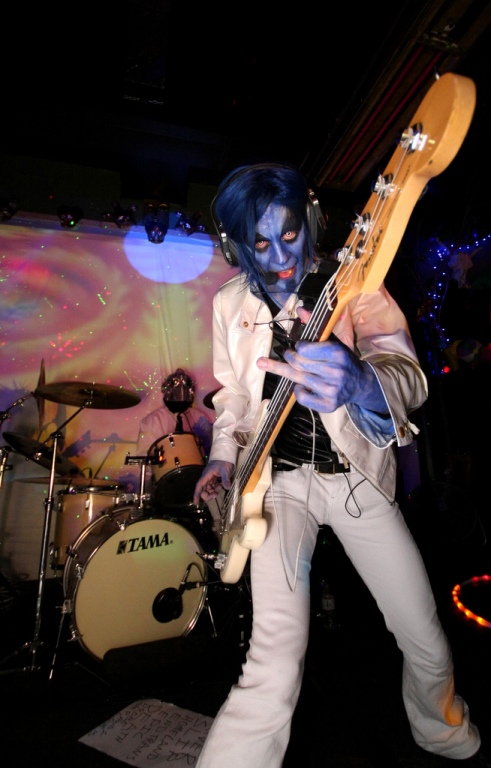 Mike Hennessy photos
AN ALIEN THREAT ... It was Halloween in 1938 when radio man Orson Welles unleashed a volley of literary aliens unto our world. The fear of the unknown andmankind's ability to imagine the worst worked to amplify Welles' words. Folks had some dark concepts of what the Invaders would look like and what they wanted from our world... Fast forward to today's media-plastered world and there's really no way Welles or his listeners could have imagined the possibilities... It's in 2012 that brings us the color-coordinated and costumed Planetoid - the best escapist live show in Boston. When the rock gets loud, you'll find these three fierce rocking Aliens joining efforts in an attempt to control minds and own our world. 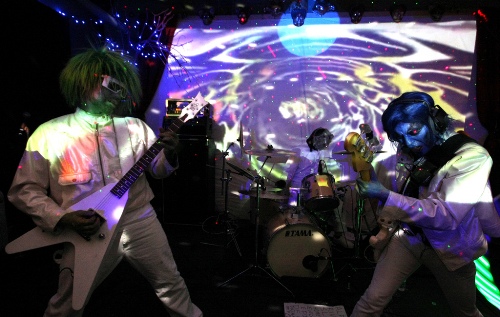 Planetoid - Electro-Chemical Overload
SPACE INVADERS - It is in the spirit of film director Paul Verhoeven (Starship Troopers, Total Recall, Robocop) that we share the band's new fundraising video promotion for their Kickstarter campaign to fund their Incorporation as a business entity. Planetoid, it seems, is taking a west coast run and need to officially become a business to pay for it all. (*Bands, please don't send me a 1,000 Kickstarter requests. As a rule, we don't run these - but after their jaw-dropping set at the New Years Eve Show I hosted... Well, let's just say Planetoid kicked ass.) The show marked the band's fourth EP release this year.

DEAD SERIOUS ABOUT FUN - So let's add it all up: Planetoid are an inspired hard rock spectacle offering tons of coordinated stage makeup and costumes. They've produced four EP releases in one year and they're a band with a future - kicking off soon with a Tour of the Western US... Here's a band that's worthy of your support. (The band are on the verge, help 'em out!) Just don't forget your earplugs.