Music News: Album out 2/7
Up for a SxSW Interactive Award!

Experimentation has always been the order of the day for geeky-sheik indie rock band Vivian Darkbloom. On the cusp of their first full-length release; "Know Your Exit" (self release) will emerge on February 25th, the band have learned they are up for a SxSW Interactive Award for their new project. 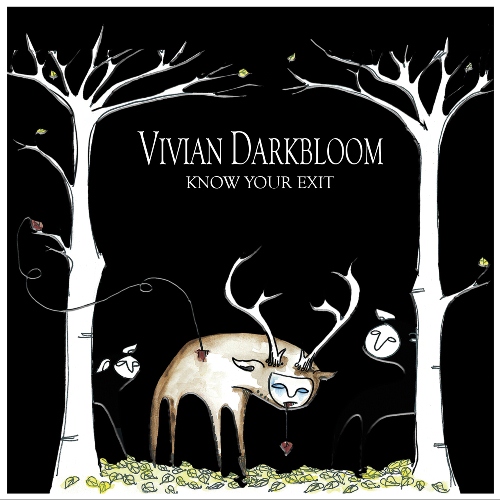 OUR FIRST 'BEST OF 2012' - Through this new project, Vivian Darkbloom (Rob Morris, Brian Skerratt and Mike Forrester) have released what could be one of the best music releases I have heard the last month - certainly the best I have heard this year in New England. The songs are all deeper and more full - filling out the VD universe with more complete, textural sounds. That's a big move for a band that's responsible for some of the more addictive indie pop hooks of the last two years. But this band has been working on this record that entire time - the songs here are a celebration of the band's last three years of creativity.
Music Geeks of the World Unite! - Of course this wouldn't be Vivian Darkbloom if I wasn't talking about music geekery of the unprecedented kind. Morris, a decorated MIT graduate student, has already been recognized internationally for his use of a custom MIT-built guitar with a Wii game remote built in for altering notes. Seems he has been up to his old tricks and now SxSW is paying attention.. The band's first ever music video is web-based and interactive. 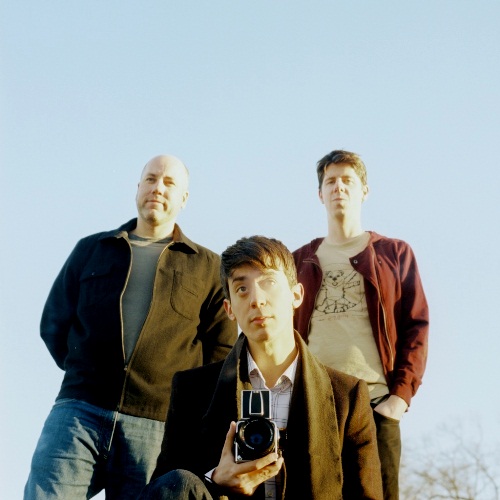 For this project, Morris invented a software interface on their website that allows fans, readers, anyone - to submit sound for inclusion in music and the video. The custom-built software arranges the sounds into waves that can be used in music. After nearly 1,200 initial entries - the audio wave sounds like this... and that was incorporated directly into the song at the top of the page. The finished product also takes advantage of fan participation through twitter and the band's website. There's a whole lot going on here and innovation is the order of the day. SxSW 2012 may result in Vivian Darkbloom winning an Interactive Award - past winners include The Arcade Fire (for "Wilderness Downtown") and Groupon.
To be clear, even without all the technological wizardry and innovation, Vivian Darkbloom stand to have a phenomenal 2012. The songs from this new effort are dark and romantic affairs and they should keep them in the spotlight for a very long time. Definitely One to Watch - a true one-of-a-kind.
Vivian Darkbloom
Free Download / Album
Web / Fb /Tw