What’s the best part of an action film?
The easy answer: it’s the intense car chases, the cliffhanger stunts and edge-of-your-seat thrills that keep you watching, hoping you can see one more before the credits roll.
So can an action film work when it offers us nothing but those kind of scenes?
Yes, yes it can. 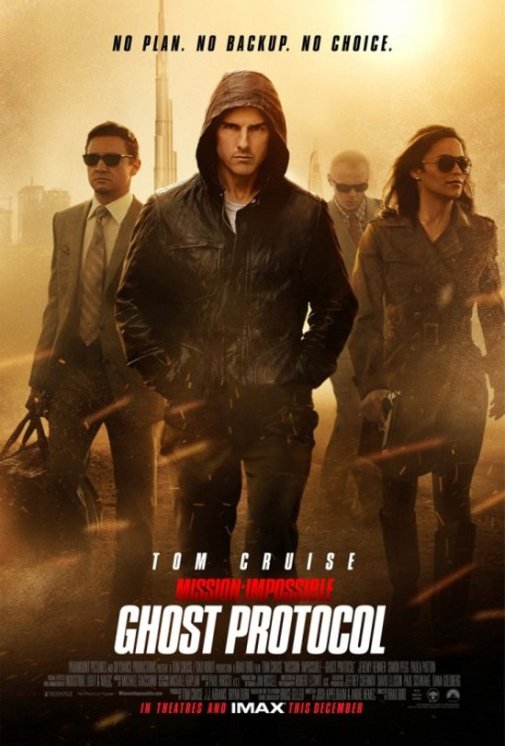 In Mission Impossible: Ghost Protocol, the fourth installment in the secret agent film series, Tom Cruise returns as Agent Ethan Hunt of the clandestine IMF, responsible to few and known by fewer. Armed with ninja-at-warp-speed skills, gadgets that boggle the mind of Gene Roddenberry and an endless army of hot spy chicks, Hunt is on the trail of a Russian terrorist bent on starting a world war just to see how the survivors would pick up the pieces. Sort of a game of “What If?” with nuclear warheads. Sounds like fun.

The film kicks off when the villain, better known as Cobalt, levels part of the Kremlin after escaping with a nuclear launch control device. The U.S. is blamed for the attack, with the Russians calling it an undeclared act of war. The president activates “Ghost Protocol,” a black operation contingency that disavows the entire IMF. Hunt and his team are to take the blame for the attack, but their boss, proving he really needs to read his job description more carefully, allows Hunt to escape from government custody so that his team can track down Cobalt. 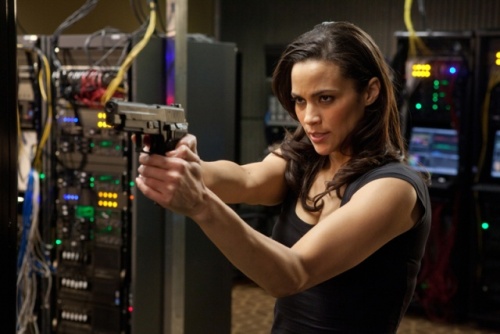 The twist this time is Hunt and his team, femme fatale Jane Carter (Paula Patton) tech head Benji Dunn (Simon Pegg) and expert ass-kicker William Brandt (Jeremy Renner) are operating on their own. Since the U.S. is being blamed for the actions of the bad guys, Hunt and his friends are cut off from the resources of the IMF-meaning no support, no intelligence network, and no endless array of tech at their disposal, save for what they can carry from a boxcar/safehouse.
But they’re trained superspies, much more than the sum of their laser pens and computer contact lenses, right? (There are examples of what can happen when these agents are out there on their own - their tech starts to breakdown worse than the stuff I buy at the bargain bin at Radio Shack. Best example of this vulnerability is Ethan Hunt’s faceplant during a breathtaking skyscraper leap. Priceless.) 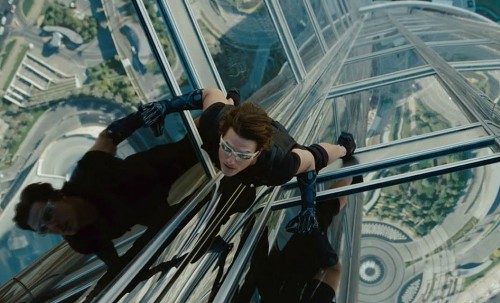 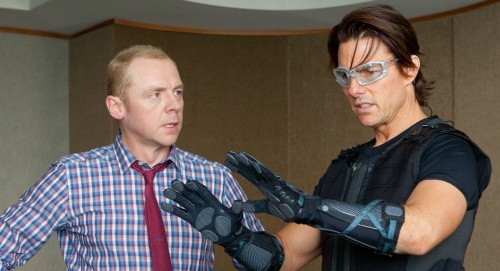 The crew do get their acts together in short order, with but a few quick stops into the land of backstory and exposition, and find themselves on the trail of the villain. But with every strength comes a weakness, and in Ghost Protocol, that’s in the characters themselves. I’m going to take a second and compare this with the leading men from The Bourne Identity or Taken. In those movies, Matt Damon and Liam Neeson bring an even dose of action and character depth. In Mission Impossible, you’ve got spy stereotypes-the femme fatale, the tech head, the agent with a dark past, etc. 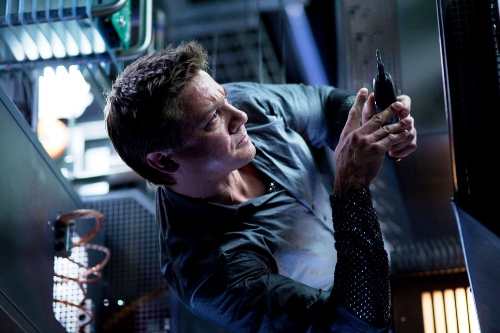 If you’re looking for a good ol’ fashioned action flick with tons of flashy special effects and a good dose of laughs courtesy of Simon Pegg, your mission, should you choose to accept it, is to see Ghost Protocol.