Acts You Need to Know
by Cara Giaimo
Live Recap: TT the Bears
Cambridge, MA - 1/10/12
Boston treats her children well, and her children return the favor. Last week, TT the Bear’s Place hosted a quartet of local bands, each of which put its own spin on indie-pop and got the crowd spinning in turn. We thought this would be the perfect chance to introduce readers to four emerging New England acts on the rise... 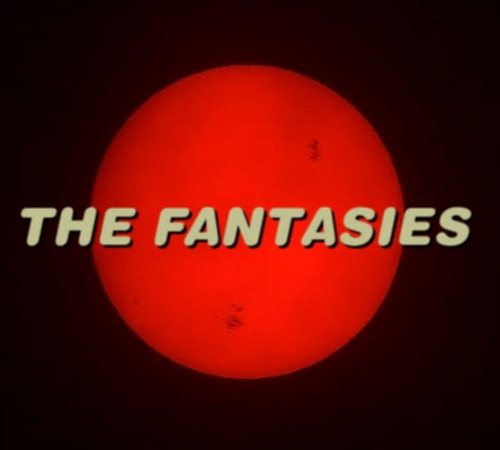 The Fantasies - Tick Tock
Fantasies
Album / Fb / Tw
Opening duo The Fantasies came in all the way from Northampton on a surf-rock geyser and splashed the room with their psychedelia-spiked dance music. Slowdim followed them up with a set of jaunty, ambient pop songs built around tight drumming, three-part harmonies, and sparkly golden chords from a sparkly black guitar. 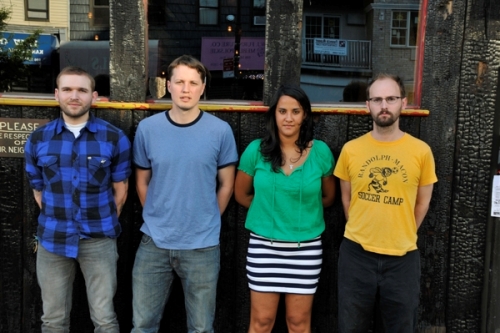 The Cambridge-based band Night Fruit then broke the mold with a half-dozen songs as juicy and dark as their name suggests. Luke Sullivan’s grounded, tom-heavy drums and Jonathan Gill’s spacey synths and noir guitar balance each other, and frontwoman Amanda Dellevigne’s strong voice hovers between them with the set-jawed grace of a tightrope walker. Watch this space – this reviewer will be checking out their studio stuff in the near future. 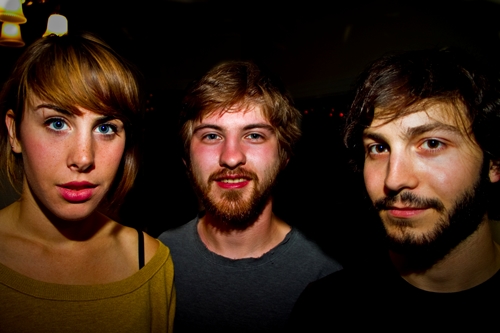 Night Fruit - Bittersweet
Night Fruit
Album / Web / Fb / My / Tw
Headliner You Can Be A Wesley went on a little after 11:00 and immediately made the late night seem young again. Spending a lot of time with their new EP, Nightosphere, had gotten me ready for a certain kind of show, full of musicianship and exuberance and polish. Live, though, YCBW goaded their songs just a little faster, grittier, and louder, often muscling into a 16-bar jam rather than pulling back for a pretty bridge. They ran through about ten songs this way, mostly cuts from Nightosphere, feeding off their own momentum and turning formerly precise riffs and matter-of-fact lyrics (“we are robbed blind and we’ve been lied to” from ‘Prisoners’) banged-up and anthemic. 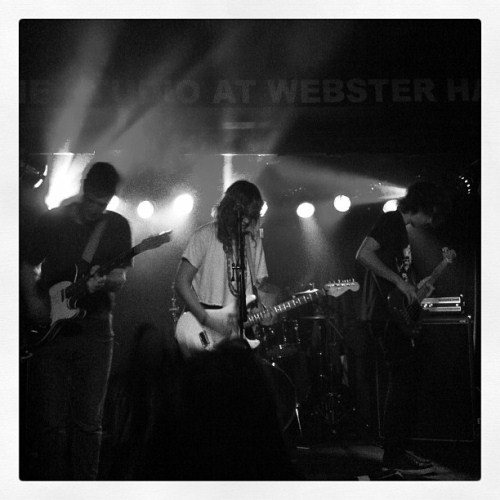 You Can Be A Wesley - Old In Florida
Keaton Kustler photo
At the same time, the lightheartedness evident in the band’s name and music videos shone through in their on-stage personalities – bassist Nick Curran ranged around like a lanky herbivorous dinosaur, drummer Dylan Ramsey made some world-class drum faces, and guitarist Winston MacDonald ripped through his leads in a t-shirt with a duck on it.
The Wesleys pinballed around singer-guitarist Saara Untracht-Oakner like she was the sun. She commanded the stage appropriately, only leaving her center spot to occasionally lean further into a solo. The zoo onstage inspired the audience to let loose – by the last song, a rich and fuzzy version of “Old in Florida,” there was a mosh pit going on in the front right corner, a one-man cheerleading squad in the front left, and fists pumping all over the place.
You Can Be A Wesley
Album / Web / Fb / My / Tw

An Amazing Night - At one point, I turned around and saw the guy behind me standing stock-still except for his hand, which was placed over his heart and tapping out the beat. Local music: good for the community, good exercise, and good for the soul.