Our man in England reports...

A couple of weeks ago, I caught The Staves in a pub down a rain-lashed street in the English city of Nottingham, I saw the future.... They will be supporting The Civil Wars, everybody’s favourite CMA-nominated, double-Grammy-nominated duo, on their January tour in the United States. 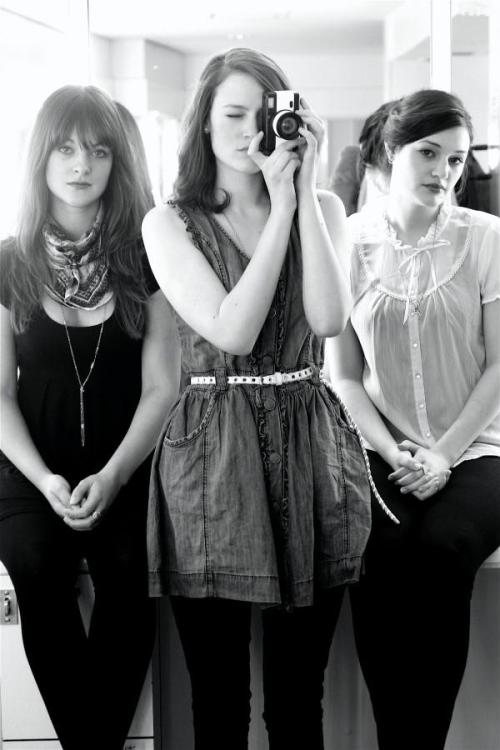 The Staves - Mexico EP
NEW - JUST RELEASED!
purchase on: itunes / amazon
The Staves possess wise old heads on their young shoulders, and if you’re ready to spot them you can hear the influence of Simon & Garfunkel or Crosby, Stills & Nash in their harmonies and Joni Mitchell in their phrasing. They sing with an awareness of the power they wield, more knowing than naive... And seeing them live reveals that they’ve taken these ethereal close-harmony pieces and have done something distinctly English with them.
They also sing with astonishing precision, seemingly able to start and stop singing together, moving from solos or duets to full three-part harmony without cues, snapping suddenly into unison for a line before swooping gloriously back into lush, full harmony again. Live, their stunningly intelligent singing is mixed with charmingly humble chat.
The Staves' debut full-length, the first ever collaboration between father and son producers Glyn and Ethan Johns, is slated for release early 2012 on Atlantic. We will be there.

The Staves support
The Civil Wars on tour in 2012:

Email Post
Labels: One to Watch The Civil Wars The Staves Tom Sweeney