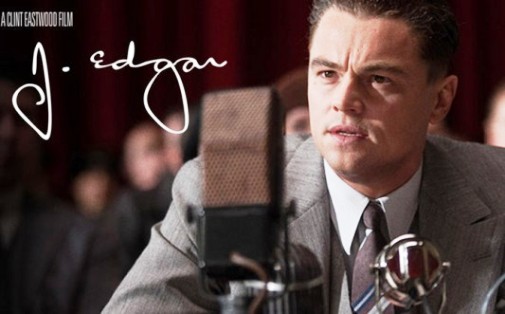 It’s hard, when watching a biographical movie, to separate what you think you know and what is being presented on the screen. In J. EDGAR, director Clint Eastwood tackles one of the more powerful and controversial figures of the twentieth century, and manages to capture the complexities that made Hoover both undisputedly unlikable and utterly vulnerable.
J. Edgar Hoover was the first director of the Federal Bureau of Investigation, and before that the Bureau of Investigation, from 1924 until his death in 1972. Hoover was instrumental in building the FBI and implementing many modern crime-fighting techniques, such as a centralized fingerprinting database.
The film follows Hoover from a young man struggling to establish the Bureau and gain recognition to his rise as one of the most powerful men in the world, including his exploits in illegal wire-tapping and the collection of information on social and political figures in order to discredit and control them.

Eastwood also delves into the private life of Hoover, in particular his overly-dependant relationship with his mother (played by Judi Dench), his rumored homoerotic friendship with Assistant Bureau Director, Clyde Tolson and his trusted secretary and confidant, Helen Gandy.
I will say, unashamedly, that I am a huge fan of Leonardo DiCaprio, and his ability to capture the essence of actual persons, (Jim Carroll, Howard Hughes, Tobias Wolfe, etc), is unparalleled. His portrayal of Hoover should be added to the list of his many fine performances, as he successfully made the man both admirable and despicable without much effort.
I was also pleased with Naomi Watts as Helen Gandy. The best compliment I can give her is that it took me forever to realize she was Naomi Watts, and I think that’s the most an actor can strive for when playing a character, or even more so, an actual person.

I only have two complaints with the film. The first being the make-up used to make Armie Hammer an elderly Clyde Tolson. It looked like a bad Halloween mask and it distracted from an otherwise nice performance. The second was the atrocious portrayal of Robert Kennedy by Jeffery Donovan. His accent was laughable and his delivery excruciating to watch. His performance almost felt like an unfunny parody and it detracted from the gravity of the subject matter, namely Hoover’s illegally gathered intelligence concerning Kennedy’s brother.
While J. EDGAR is beautifully filmed, and DiCaprio and Watts give excellent performances as Hoover and Gandy, the overall story of the film is probably best suited for history buffs. While the more scintillating details of Hoover’s private life are touched on, there are only a few scenes that provide the sizzle a casual movie-goer might be drawn in by, which is a shame, because J. Edgar Hoover proves to be one of the most complex characters in American history.

James Brown said…
Armie Hammer isn't the only one in the film with bad makeup, and this detracts from the film. Otherwise, the film was well done. I disagree, however, with the choice to portray one of America's most controversial men in a restrained, graceful filmmaking style. Check out my review at Sobriety Test Movie Reviews. www.sobrietytestmoviereviews.com
21.11.11