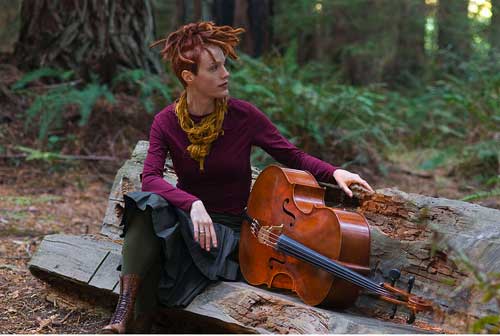 Jerry Dodrill photo
ONE TO WATCH - In a beautiful melding of high tech and the classical, San Francisco's Zoë Keating uses laptop and foot pedal-controlled live sampling to turn one lone cello into a lush mesmerizing chamber ensemble. With no need for a backing band, she has no need for a record label either. Zoë's latest album, Into The Trees has spent 49 weeks on the Billboard classical charts - an impressive feat without a label in support. She's sold over 40,000 self-released copies of her albums to a devoted online fan base, and her technical wizardry and pioneering artistic spirit has earned her a profile on NPR's All Things Considered.

Zoë Keating - "Into The Trees"
Some of the notable musicians Keating has worked with include Imogen Heap, Amanda Palmer, Curt Smith of Tears for Fears, John Vanderslice, and Paolo Nutini. She's contributed to several film soundtracks – Ghost Bird, The Devil's Chair and Frozen Angels - and has played cello on Mark Isham's scores for The Conspirator, Warrior and The Secret Life of Bees. Equally active behind the scenes as she is in front of audiences, she serves on the board of CASH Music, a non-profit organization that builds open source digital tools for musicians and labels. Oh yeah, and she's also a mom; her 1-1/2 year old son Alex accompanies her on the road. A class act.

On Saturday, Keating brings her one-woman cello-infused orchestral magic to the First Church Congregational in Cambridge. It's an appropriately regal setting that promises marvelous acoustics for Keating's hypnotic, finely-layered melodies. 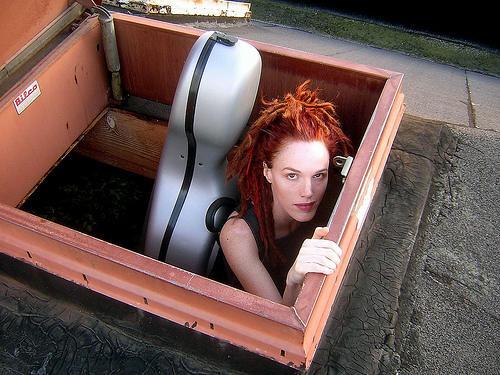