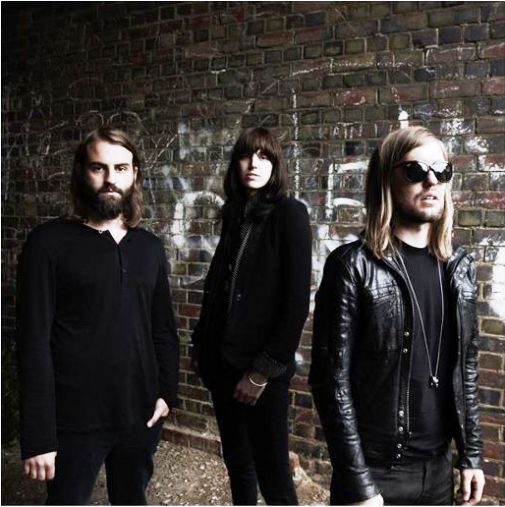 MUSIC NEWS - Excited hyperbole, bold use of additional punctuation, these are the blogger skill sets. Well it is with excitement, and no apologies, that I pass along the giddy news that the world's best rock act, has announced their return in 2012. Band Of Skulls are: Russell Marsden (guitar & vocals), Emma Richardson (bass & vocals) & Matt Hayward (drums).
The three produce grungy, hook-laden guitar rock in the vein of Black Keys, but the full experience is even bigger. Skeptical? I don't blame you. Having seen this band five times in the last year (is that even possible??,) all I can tell you is 1) do not miss this tour and 2) I am soooo right.

Call me impatient, but we fans had been looking for the Band of Skulls followup for this past summer. The long delay for the sophomore effort had some fearing this might be a "one-and-done." Thankfully, that's not the case.
The second album, "Sweet Sour" will be released on February 21, 2012 via their own label, Electric Blues Records under exclusive license in the U.S. to Vagrant Records. Sweet Sour is the follow-up to their debut album "Baby Darling Doll Face Honey" (super awesome and you've heard the songs on this one on television commercials and the shows that surround them -- Hollywood and 5th Avenue were listening, that's for sure!) which was universally embraced by the U.S. media with early supporters at Entertainment Weekly naming them "Your Next Favorite Band."