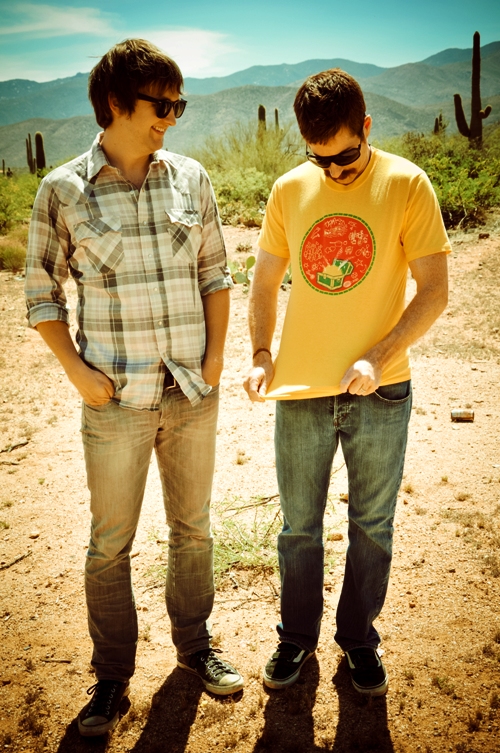 IN THEIR OWN CLASS - Charleston, SC's SLOW RUNNER are grizzled veterans at this point. They toured most notably with Josh Ritter, The Damnwells, Say Anything, Built to Spill, Gomez, The Avett Brothers, Evan Dando and most recently, with the amazing William Fitzsimmons.
Perhaps you heard SLOW RUNNER on television? Their music has been featured on Greys Anatomy and One Tree Hill. You wouldn't know it from talking to these guys. They shrug off the platitudes and would prefer to just play the songs. And play they do. Aided these days by Jonathan Gray (formerly of Jump Little Children) on bass and sometimes with Scott Baumil (formerly of The Young Republicans) on guitar, Michael Flynn and Josh Kaler are capable of creating even more unimaginable sonic landscapes. 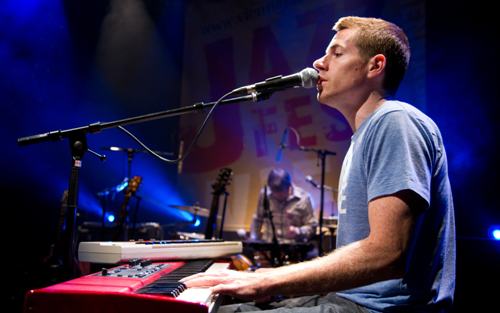 Damage Points is Beautiful - This is an accomplished record - and one that keeps growing on you. None of this, of course, comes as a surprise. It's a natural trajectory album - Slow Runner has only improved since the last I have heard them and this album is the product of that rewarding process. The band and the sound have descended an elegant staircase and are now sipping whiskey with their listeners. The silky smooth, vibrant sounds echo a familiar past and an unknown future. I'm willing to take such rides when there's good company and great music. We have that here. Spend 10 minutes with these songs and understand what I mean.

Slow Runner - Devil Moon
THE OUTLAW ROADSHOW - Join us on Friday, Oct 21 from noon to 6pm in New York City. It's a free show. And there's six other bands, a total of seven, from cities across America. And free pizza. Limited to legal club capacity. BEYOND CMJ - Slow Runner is set to release a new music video very soon; they are very excited about it. After the show in New York, Slow Runner looks to their second tour of the EU in six months. Dates are below. This band kicks ass. 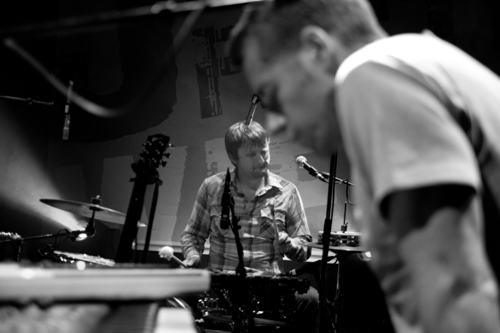