The trippy and experimental psych-folk Olivia Tremor Control are playing their first shows since 2005, where they will be previewing some new music from a forthcoming album due out early next year. It will be their first since 1999’s Black Foliage: Animation Music Volume 1. The first song, a glorious psychedelic odyssey in three movements called “The Game You Play Is In Your Head Parts 1, 2, 3,” can be streamed at NPR’s All Songs Considered. They also interviewed frontman Will Cullen Hart to catch us up with what the band’s been doing these past 10+ years. 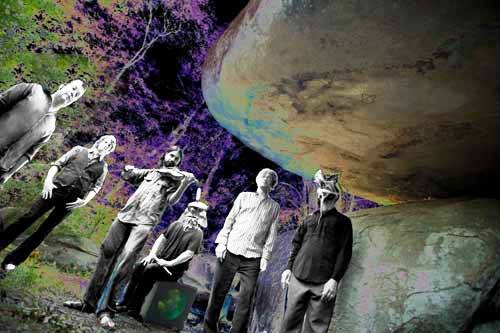 The Olivia Tremor Control - California Demise
Performing on tour with them are fellow Elephant 6 artists The Music Tapes, masterminded by Julian Koster. For those not ‘in the know,’ The Music Tapes employ some curious instrumentation - the 7-Foot-Tall Metronome, the Orchestral Banjo, and The Singing Saws, which creates deliciously devious lo-fi outer space magic. Their latest release is the EP Purim’s Shadows (The Dark Tours the World, which is available for your listening pleasure and purchase at Merge Records.)