The Best Show in Town

The music of AM was first brought to my attention two years. AM had just released the smart, ironic and entirely cool "Future Sons & Daughters" (RSL's Best of 2009) - a soul and lounge masterpiece album which has stayed with me ever since. Having the chance to bump into AM a couple of times here and there or tour the last few years I have been pleased to hear the best parts of his earlier meanderings have bled over into his new project, but with some exciting differences. "Celestial Electric" is the name of AM's new record with co-conspirator Shawn Lee.

The new album is "trademark AM", hauntingly cool & fresh - think 70's soul with a flourish of rock, pop and world beat. The pair arrive in town next week for their only regional stop on tour. RSL is at the helm pairing AM & Shawn Lee with Static of the Gods - possibly the best regional band for atmospheric rock, table-setting mood music and strong, celebratory vocals. Their latest record, the results of touring the country, countless hours in the studio and Boston living, is called "Knowledge Machine." It's a winning effort capable of transporting listeners and moving worlds... 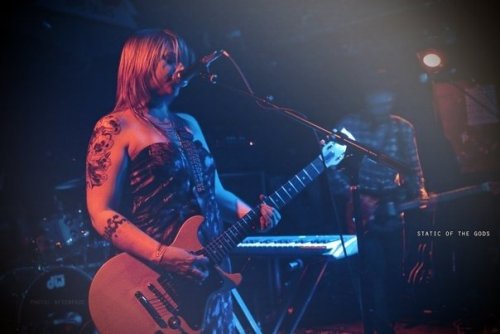 Static of the Gods - White Flag

SHOW DETAILS: Monday, Sept 19th -This, my friends, is a stellar lineup and at a $10 ticket - the best show in town for the next seven days... Join us at The Middle East next Monday for auditory greatness (RSVP)! 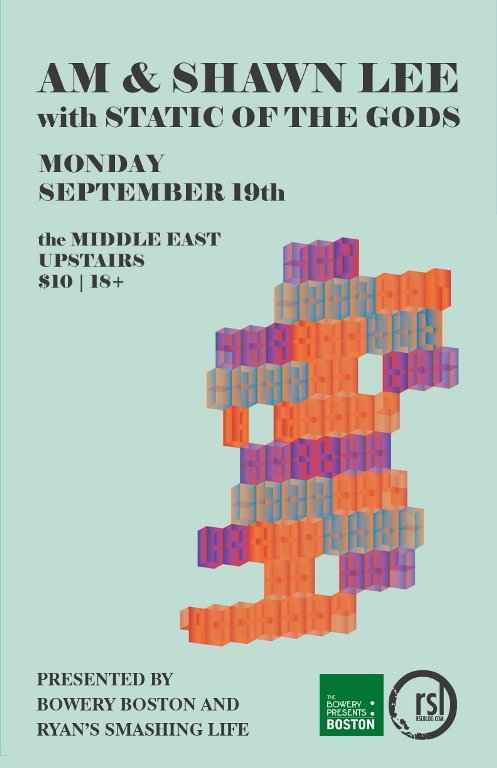 Anonymous said…
saw them in seattle and they killed it. off to see them next week in November
17.9.11