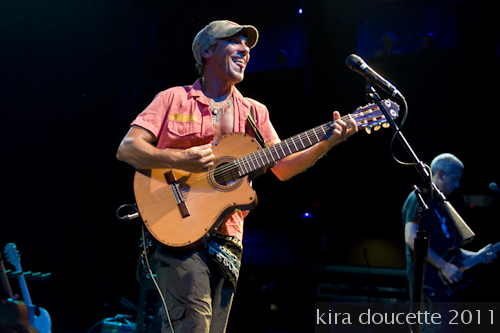 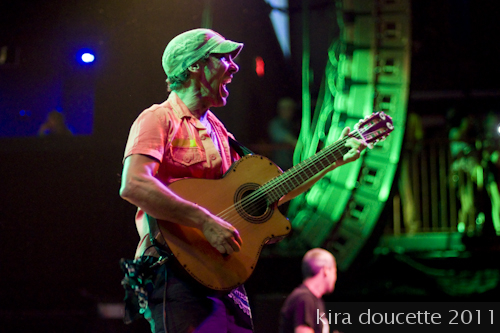 THE WORLD COMES TO BOSTON - For the unfamiliar, Manu Chao is probably one of the world's most popular musicians but is still relatively unknown here in the United States. (He regularly performs for audiences numbering in the tens of thousands in Europe, Central and South America.) With the current US tour, which brought Manu Chao and his band, Radio Bemba, to Boston last week, that trend could be changing. The sold-out HOB audience was treated to a two hour, five encore musical feast - an adrenaline pumping ride through 4 or 5 languages and countless songs.
Manu's last appearance in Boston was in 2007. For many years it was rumored he would not bring his live show to the States as an objection to the policies of the U.S. Government; those familiar with his music probably can see the correlation. These qualities were felt in Manu's latest Boston performance in songs “Politics Kill” over the music of “Machine Gun” in an encore, to the endless invoking of Bob Marley, and the repetition of "Babylon." Manu Chao isn't subtle.

Radio Bemba’s music is a mix of the electronic atmosphere of the recorded Manu Chao albums, classic one-drops, driving punk rock and ska. The band throughout the show jumps between a roots feel and a heart attack inducing double-time ska-rock reminiscent of a James Brown or Toots “soul revival.” The group is currently a 4-man band. In previous incarnations of Radio Bemba there have been horn sections, percussionists, keys/samplers, accordion and even a reggae vocalist, (all of these can be heard and seen on the Radio Bembe Babylonia en Guagua CD and DVD.)
RSL STREAMING PHOTO ALBUM

As someone that has been following the group for the last decade I was very pleased to hear classic version of old favorites, but there was something here for everyone... Even if you were only there to dance and jump around. For those looking for a respite from Tea Party America, this was the place to be. Walking through the HOB, one couldn’t help but notice the lack of English in your neighbor’s conversation; Spanish, French, Italian, and Portuguese were readily available and the youth and energy of the international crowd seemed to translate to the first note all the way through to the last.
Manu Chao
Web / Fb / My / Tw / Wiki 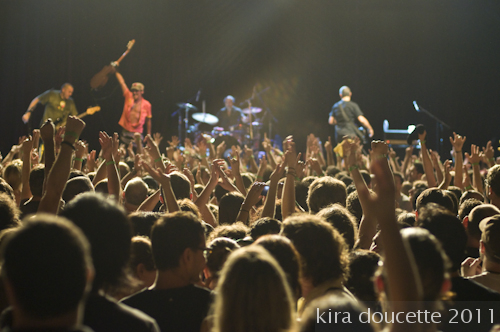