Kasey Anderson and the Honkies join The Outlaw Roadshow at CMJ

Kasey Anderson and the Honkies 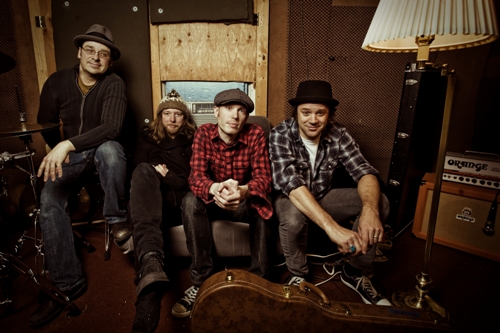 ASTONISHING - I helped set this thing up and I still can't believe we get to work with one of America's strongest, most talented new sounds again! Yes, just eight months after Portland's Kasey Anderson and the Honkies graced our SxSW stage at Smoke & Sand in Austin, we have arranged for them to come to New York to play The Outlaw Roadshow. This unbelievable talent just finished a run of live shows with Counting Crows on the west coast and have released one of my very favorite albums of the year, "Heart of a Dog." Which I can guarantee you will be at, or near, the very top of our annual best of list.

Kasey Anderson and the boys aren't one a one trick pony, either. While the new stuff they are doing is easily the best they've produced, Kasey's previous effort, "Nowhere Nights," made our annual best-of list in 2010. So hey, all I can say is we were damn lucky to get in on this act early. Come and see what all the fuss is about - the show is free. You don't want to miss it!