When I first really became obsessive about music, it was listening to the muddy and dissonant sound of Dinosaur Jr's 1988 album "Bug." Not only did that record swallow me whole every time I played it, letting me explore something confusing and fraught but still somehow welcoming, but it made the teenage me feel tough and eccentrically cool.

I recall that (very) old feeling, just a little, as I listen to some of the tracks on White Hills' album "H-p1." It's the kind of record that I can imagine would sound a chilling in a gloomy venue on a dark night, in their native NYC. It gives you that feeling that you're doing something rebellious when you play it alone. Merely by association, you are rather more impressively mysterious to those who hear you play it. 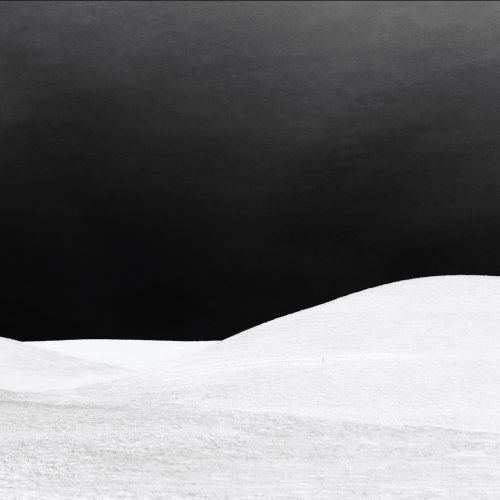 WHITE HILLS Mix
I've looked into the band and found only a little information about them, and perhaps that's a good thing. The kind of abrasive noise-core sound they have needs to remain otherworldly (they describe themselves as "spacerock"). There are pictures and videos out there, but seeing them doesn't do the band any favors. There is nothing wrong with them of course, but like the vague imagery of the album's cover and the confusing moves of the music's twists and turns, I don't want to have their ambiguity resolved into ordinary people. I want to be lost by it, and the teenage me hopes that those around me are lost by it too.

White Hills is perhaps best described as the most aggressive and uncompromising mood music I have come across in the recent past, and, while it's never going to top Jr for me, it's certainly full of the kind of intrigue and darkness that made that band so fascinating to me, back in the 80s.