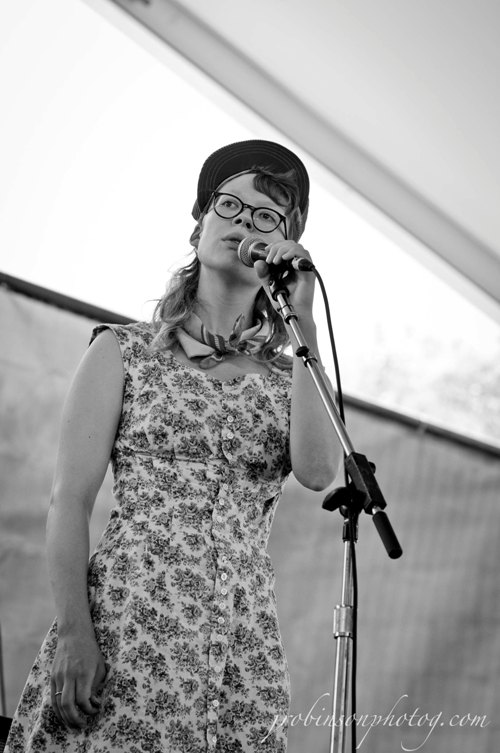 Mountain Man are a three piece group from Vermont, making their first Newport Folk appearance this year. Their highly complementary voices combine in a fresh, exquisitely beautiful way, both eerie and ethereal. Their harmonies crested and receded with quick shifts in one voice. The fast-paced, charming romp “How’m I Doin’” was followed by the more contemplative “Dog Song,” soft harmonies giving way to a surprising burst of vocal prowess. They covered a song by The DeZurik Sisters. that featured crazy, charming and very impressive yodeling and other vocalizations. As witness to how amazing they were, those in attendance sat transfixed, with not a stray conversation to be heard.

What sealed the deal for the delighted audience, however, was their quirky conversation and sweet, engaging manner. Amelia Meath shared an amorous dream she had about Marilyn Manson, and the band suggesting that the audience howl like wolves instead of clapping between songs! - JULIE STOLLER

The Earth/How I Walk In