Based on a True Story: 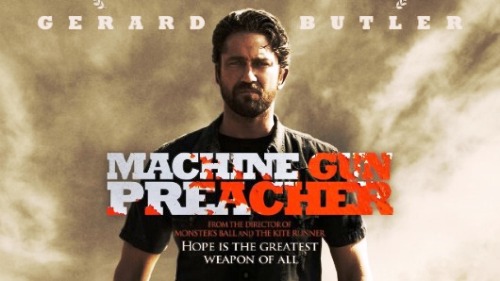 Gerald Butler (300) plays Sam Childers, a former Hell's Angel biker who leaves the gang and becomes transformed by religion and is on search of his life's mission. He finds that personal crusade in Africa - embarking to war-torn Sudan where he finds his calling in the helpless orphans of war whose own culture has cast aside. Based on a true story, the film is directed by Marc Forster (Monster’s Ball & The Kite Runner).

And while an action story, the movie is about forgiveness, passion and purpose... it's a story that's really bigger than life.

In theaters on November 18th.